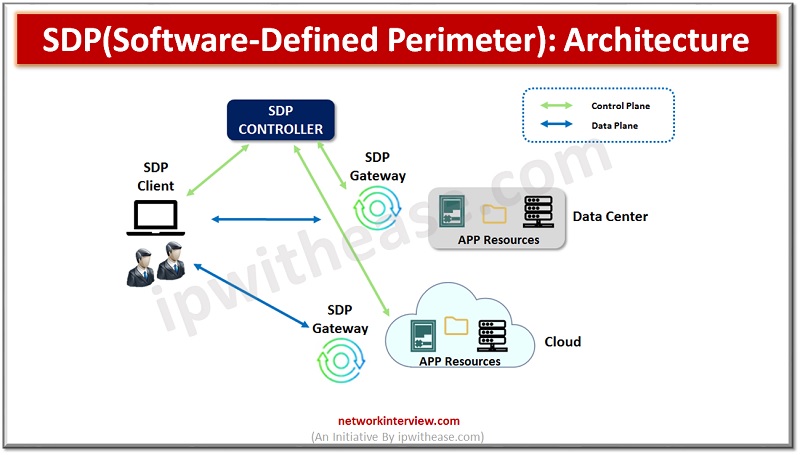 Agility and innovation are key ingredients for digital transformation. However, agility requirements are hindered by telco-controlled SD WAN or MPLS networks. Slow moving ISPs and need to deploy expensive custom hardware, telco circuits, and VPNs create roadblocks and stop transformation in its tracks. Most of the network architectures were not built for today’s multi-cloud, hybrid networks leading to disparate security hardware and processes which define them to be practically secured.

Since the beginning of digital era companies have used firewalls to enforce perimeter security and users were confined to firms own building but with a growing mobile workforce there is a surge in the variety of devices used to access resources, change in architecture to support transformation, and explosive growth of clouds – private, public and hybrid the traditional philosophy of perimeter is slowly diminished and reached to point of obsolesce.

Today we look more in detail about SDP or Software defined perimeter, its features, advantages, use cases etc.

The physical boundary or perimeter model does not exist anymore. The perimeter is not just a physical location of an enterprise any more if the traditional perimeter is breached or compromised an attacker can very easily access an organization’s privileged internal network which means what lies inside the perimeter is no longer secure and safer as it was thought earlier. This is resulting in companies dumping traditional perimeter security or network methods such as MPLS and implementing software defined perimeters. Software defined perimeters control access to resources based on identity.

SDP is a security framework which controls access to resources on the basis of identity. Establishing a perimeter via software instead of hardware lets organizations hide its infrastructure to the external world irrespective of where it is located and only enables authorized users to access it.

The framework is based on the Department of Defence (US DOD) Defence information systems agency (DISA) on ‘need to know model’ from 2007 wherein all endpoints were given access to infrastructure based on authentication and prior authorization. In 2013 cloud security alliance (CSA) released its SDP working group guidance while incorporating elements of DISA’s work with security standards from the National Institute of Standards and Technology (NIST) and other organizations. SDP is also sometimes known as ‘black cloud’ because it obscures systems by cloaking them within the perimeter so external users can’t see it.

SDP creates a secure perimeter based on policies to isolate services from unsecured networks. Access control Principle Of Least Privileges (POLP) is used to secure devices and give users and devices only access which is required to perform the task in hand. It offers on demand, dynamically provisioned, air-gagged, network segmentation of network resources which mirrors a physically defined network perimeter but uses software instead of a hardware appliance. Unauthorized users and devices cannot connect to protected users.

There are two main components of SDP architecture:

The SDP hosts communicate via SDP controller which determines which hosts they can connect to. Some SDP architectures also use gateways and act as the accepting host between two devices /users getting connected. The entire communication is encrypted, often using virtual private network (VPN) tunnels between controllers, hosts and gateways.

Use cases of Software Defined Perimeter

As per Markets and Markets forecast the global software defined perimeter (SDP) market size to grow from USD 2.9 billion in 2019 to USD 13.8 billion by 2024.