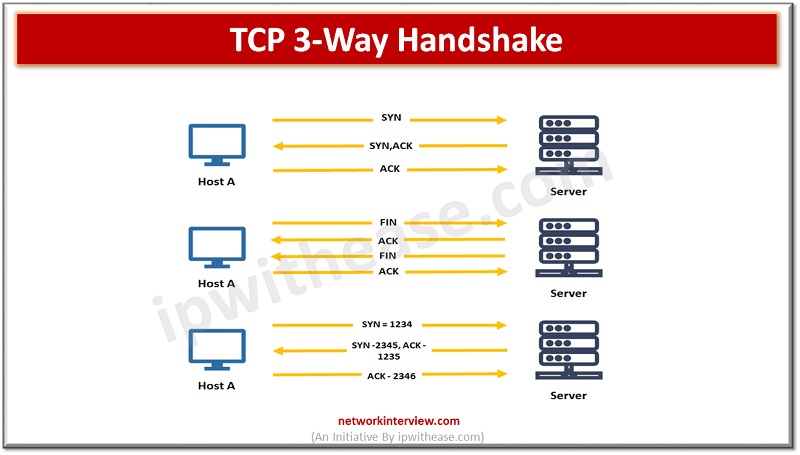 The TCP/IP model helps to determine how one computing device would connect to the internet and how data transmission happens between them. It helps to create a virtual network while several computing devices are connected to each other. TCP/IP stands for Transmission control protocol and Internet protocol and it is specifically designed to offer highly reliable , end to end byte stream over an unreliable internetwork.

What is TCP 3-Way Handshake?

TCP/IP protocol operates at the network layer in OSI stack. TCP/IP model which is derived before OSI model dictates how TCP/IP communication works.

TCP/IP has several characteristics as under:

TCP/IP provides reliable communication with Positive Acknowledgement and Retransmission (PAR). The Protocol data unit (PDU) of transport layer also known as segment. A device using PAR resends the data until it is acknowledged. If a data unit is found damaged at the receiver end, then the segment is discarded. Sender has to resend the data unit for positive acknowledgement

Since TCP is a connection-oriented protocol a connection is mandate to be established before two devices start communication. TCP uses a process of three-way handshake to negotiate the sequence and acknowledgement fields to initiate a session. The graphical representation of process is as under:

Once the data transmission process is completed. TCP will terminate the connection between two devices. This is a four-step process as outlined below.