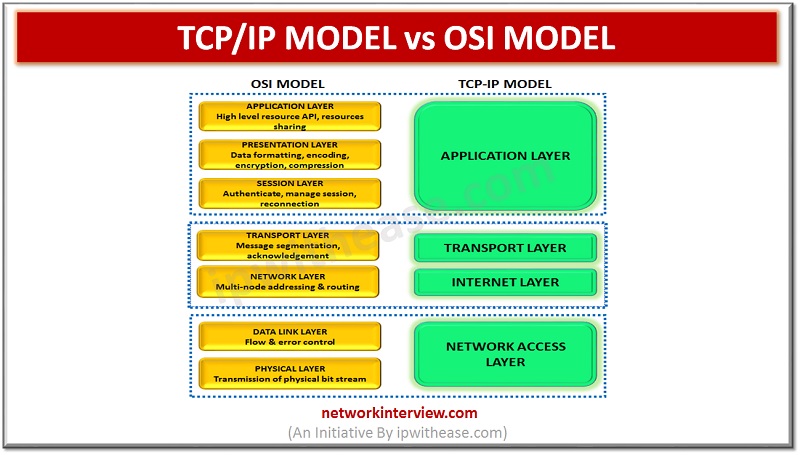 Whenever networks are implemented and different devices try to communicate over the network. Some of the other reference models are being referred to which is a standard specification or framework to provide standardization on how implementation, connectivity, communication will happen. It could be OSI or TCP/IP Model. Both are reference models which means we can take a reference or help from the specification of these two models while designing a network. All reference models follow a layered architecture approach and the same applies to OSI and TCP/IP.

Today we look more in detail about two most popular and widely used reference models – OSI and TCP/IP, their features, functions and use cases.

TCP stands for Transmission Control Program and IP stands for Internet protocol. TCP/IP model has a layered architecture and has four layers. The TCP/IP model is protocol-oriented standard. This model was developed by the Department of Defence (DOD) project agency. Internet protocols are a set of rules defined for communication over the network. TCP/IP is considered the standard model for networking and handles data transmission and IP handles addresses. The TCP/IP suite includes protocols such as TCP, UDP, ARP, DNS, HTTP, ICMP etc. 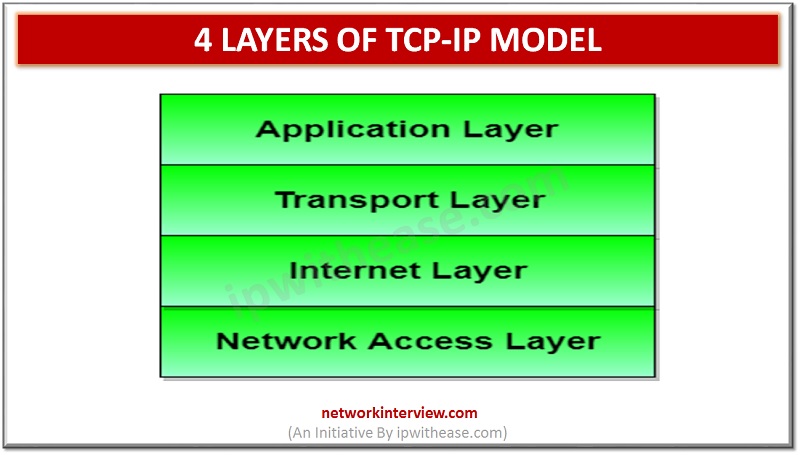 The OSI stands for Open System Interconnection, developed in the 1980s by the International standard organization.  It is a conceptual model used in network communication. The OSI model consists of seven layers and each layer is connected to each other. The data moves through the OSI model from its start till end (Last layer of OSI model). 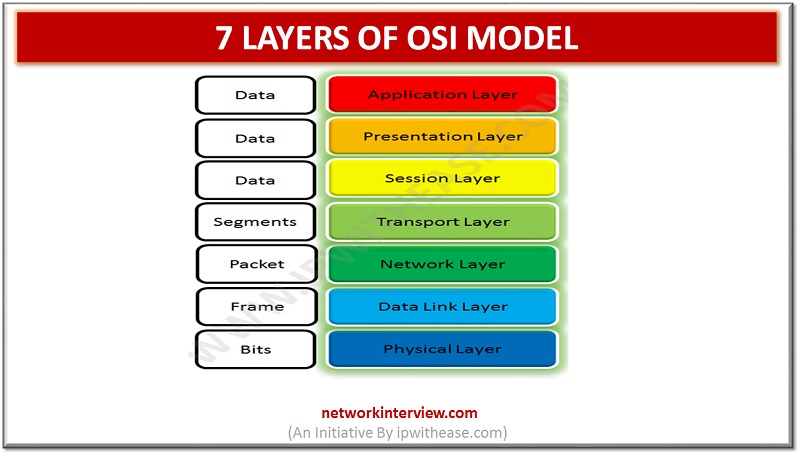 Similarities between TCP/IP and OSI Model

Common Architecture – both models are logical and have similar architecture based on layered approach.

Defined Standards – both models define the standard and framework for implementing the standards and devices.

Troubleshooting is simplified – by breaking complex functions at each layer into simple components.

Pre-defined standard – the protocols and standards are already pre-defined; and models do not redefine them, it just references it or uses it. Like Ethernet standards were already defined by IEEE before the origin of this model and it uses this in its reference at Physical layer or Network access layer.

Below table summarizes the differences between the two: