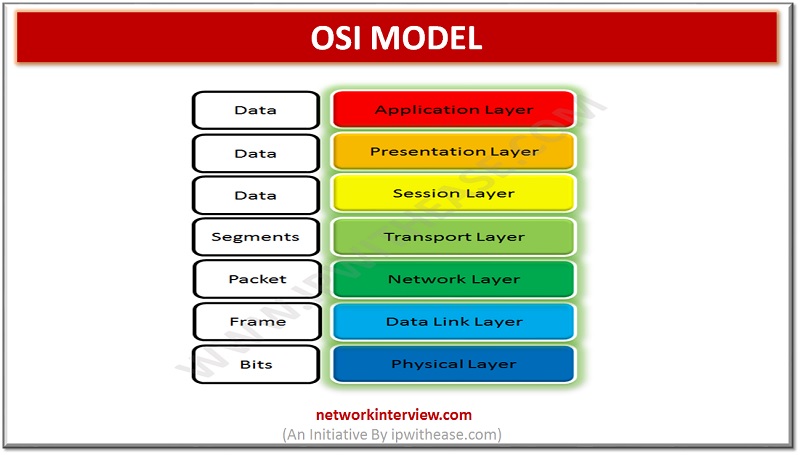 The OSI model is categorized into two central portions. The hot part consists of the application, presentation, session, and transport layers. The media portion consists of network, data link, and physical layers. This model work by assigning functions and task to the layers in a hierarchical manner. Each layer has a given job and transferring a given task to the next layer inline. This paper provides a comprehension of the seven layers, their functions, and the relationship with other layers.

The 7 Layers of OSI Model

This layer consists of network equipment i.e., cables, switches, routers, fibers, etc. It deals with the transformation of digital data content into signals that can be transmitted down into the wire. The signals are in the form of electricity in the case of fiber optics and non-electrical. The physical layer provides an architecture for the data to be received and sent. This layer majorly consists of the hardware infrastructure of the network.

This layer converts the information in data packets and frames. It unpacks the data from the physical layer and then translates the information to the upper layers where data is to be sent. Deals with error detection and catching.

It set the incoming and destination address of the data. It deals with addressing of the data to be sent to the other layers. It helps to determine the best and quickest route for the data to use. By adding an address header, it’s able to track the data as it passes through the various layers. This layer deals with packet switching and managing the network congestion of the routers. Examples of protocols used here are ICMP, IP, ARP, and DHCP

This deals with the streaming of data across the network. It works by checking the transmissions of packets from source to destination address. It also corrects the errors and retransmission of packets that have errors. It works in conjunction with the network layer. The transport layer sorts and groups the data packets that have a similar address. Examples of protocols used here are TCP and UDP and TCP.

It deals with connections of data and packets. It deals with establishing, managing, and controlling of the session between the hosts. It sends information about the programs and applications to other layers. It synchronizes the data for secure transmission and connection. Examples of protocols used here are PPTP.

It deals with the formatting and structuring of data that is to be set to the network. It allows an application to read and understand the message. This layer deals with encryption and decryption of message, formatting and translation and compression of the message for smooth transmission. Examples of protocols used here are SSL and TLS.

It provides an interface for the user. It works by coordinating the network access of the device. The protocols in this layer work by handling the requests from various software applications. It deals with file transfers, electronic mail, and browsing.

This network model provides a conceptual network of tasks handled by each layer. It visualizes the network interactions by managing the existing networks and designing better network systems frameworks for the future.