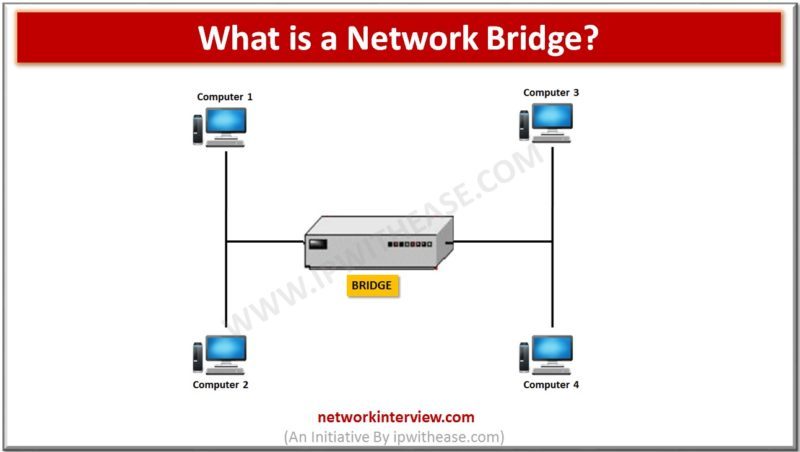 A network bridge is a device that can create a single network from different and multiple network segments. In other words, it can connect the two or more networks. The function used here is called Network Bridging.

There is a difference between bridging and routing. In routing, there are more than one networks which run independently but they can communicate with one another. However, in the bridging, the concept is totally different. Here, the two networks are bridged together in order to work s  a single network. Here the two networks can’t operate and function as a different network.

When talking about the OSI model, the bridging is performed in the data link layer, i.e layer 2.

The bridge can be done either using the cables or you can also do it without cables via wireless. If the computers are connected via wireless, it is called a wireless bridge.

Data in the bridge

The bridge is used to transfer the frame from one to another. The bridge maintains MAC where the addresses are stored.  This is the a major feature which is not present in the repeaters and hubs.  Some people also call bridge as Layer 2 switches.

Working of a Bridge

A Bridge is generally used in a local area network. This is because they can eventually flood and clog into a large network. Also, it is far easy to transfer the data to all the nodes just in case they don’t know about the MAC address of the destination node.

A bridge is used for the connection of one or more device where the network is passed. Using the bridge, one or more network can behave as a single network.

The working of the bridge is simple; the frame is directly sent to all the different nodes that are connected using it.

If there are any problems occurred in the bridge, and the frame received is meant for the segments that are on the same network then the node is then discarded. In this way, the conflict that occurs is solved easily.

On the same hand, if the bridge received any frame where the MAC address is correct and the frame is meant to be sent to the connected network then in such cases, the frame is transferred without any issues.

There are various kinds of bridges where the bridging is done. In each of the working is almost the same. However, there is a small difference seen.

SPB known as Shortest Path Bridging is a standard that is stated in IEEE 802.1. Here, computer network technology decides the shortest path to send any frame. This also enables multipath routing. There are various techniques used to decide the shortest path for the bridge mechanism. This replaces the older spanning tree protocols and making it faster to choose the paths.

What is a Port? 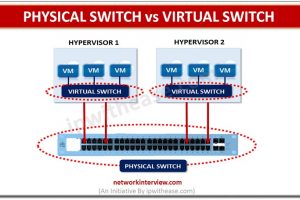 Physical Switch vs Virtual Switch: Which is the best choice you can go up with? 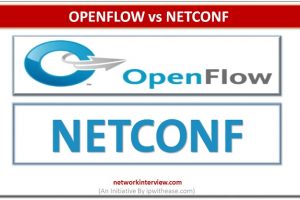 OpenFlow vs Netconf: Which is the Best Protocol to Program?