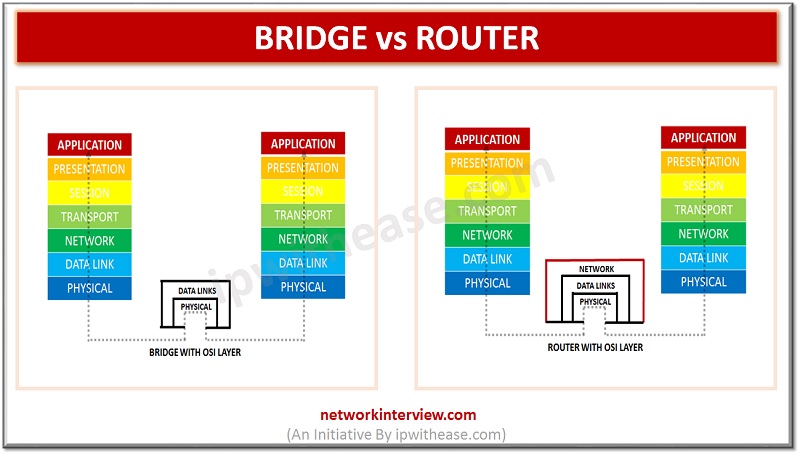 Network Bridge and Router are 2 key networking devices used in connecting segments or networks. While Bridge has been taken by switch, Router still remains the cornerstone of any WAN Network and has been expanding its role with introduction of new technologies like Zone based firewall, GRE and IPSEC tunnels etc. In this article, we will explore the difference between a Network Bridge and Router –

A Network Bridge is a networking device principally operating at the data link layer (Layer 2) of the OSI model with filtering/forwarding/segmentation capabilities to work in a collision domain and a broadcast domain. On the other hand, Router is an internetworking device operating at the network layer (Layer 3) of the OSI model. A router is attached to two or more networks and forwards packets from one network to another and works in many broadcast domains. Let’s discus on features, highlights and comparison of both devices.

Features of a Network Bridge

A bridge is a networking device for connecting two segments of a network and transmitting data between them. Bridge operate in both the physical and the data link layers of OSI model. There is a compulsion of using identical protocols for the segments to communicate. The primary use of a bridge is to send, filter, or flood any arriving frame which is depending on the MAC address of that specific frame. 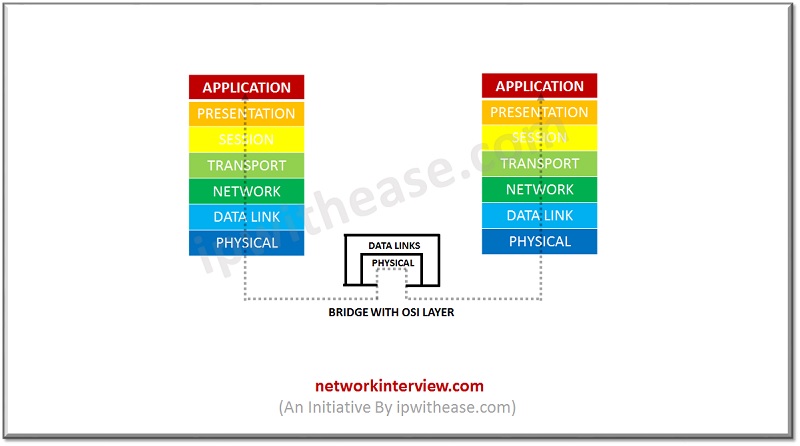 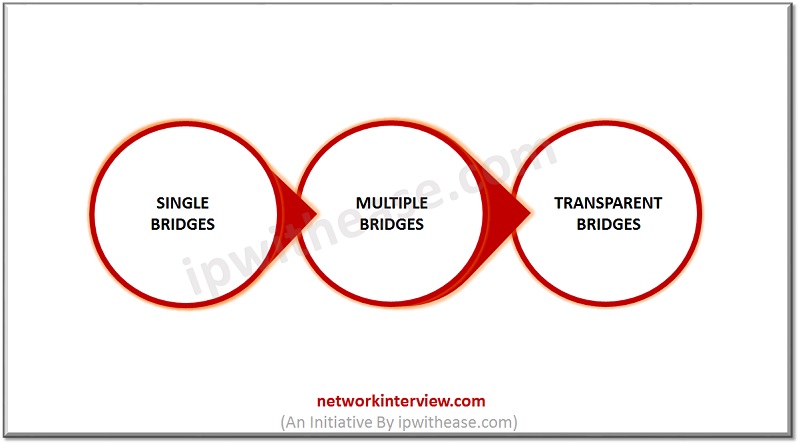 Unlike a bridge, if a router receives a packet that is not destined for a connected client, it will forward that packet onward. Routers depend on a routing table in order to know the next destination if it is outside the pool of addresses that the router is maintaining. 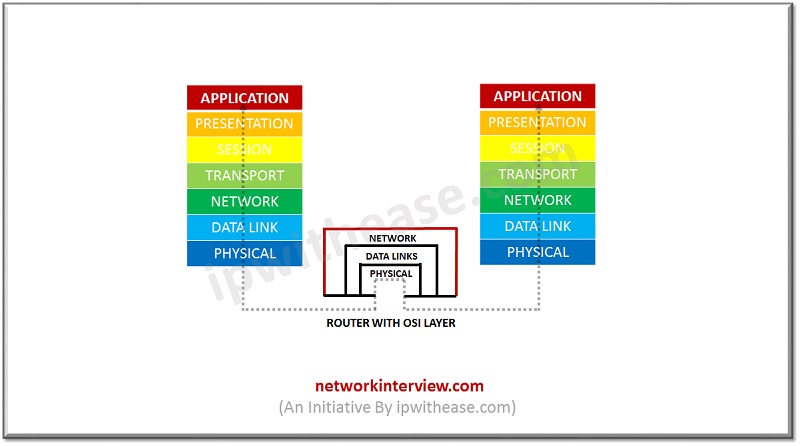 Key highlights of difference between Network Bridge and Router

Below table illustrates difference between Router and Bridge – 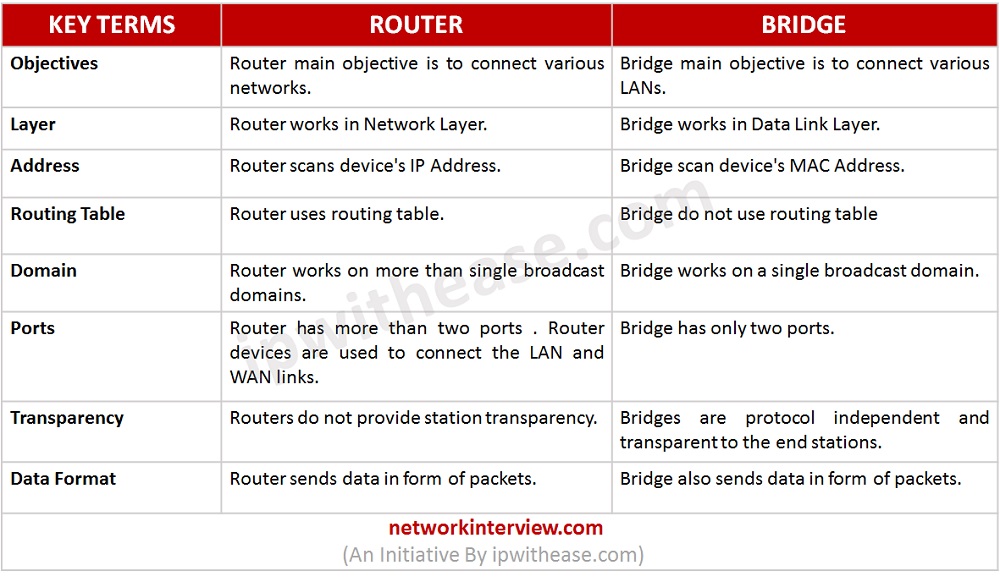