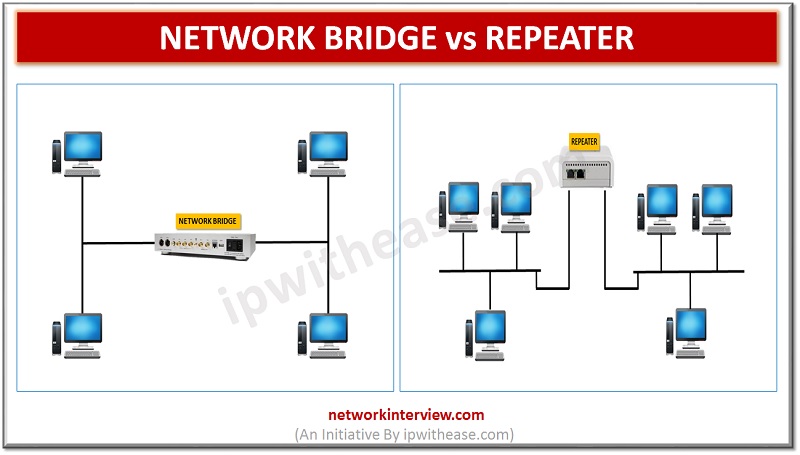 While working on networking concepts, network engineers may face challenge in understanding how Network Bridge and repeater are different and their working principles.

In this article, we will touchbase on both the devices and compare their functionalities –

Bridge is a networking device operating at the data link layer (Layer 2) of the OSI model with filtering/forwarding/segmentation capabilities to work in a collision domain and a broadcast domain.

Repeater is an electronic device which just regenerates the attenuated signals to its original wave form. It is a hardware device used to extend a local area network. Repeaters operate on layer One of OSI model. It regenerates the weak signal and increases the range of the network. Functionality of the network remains unchanged by the use of repeater. Bridge can be used as a repeater also. Let’s now deep dive on features and highlights of both devices.

As signal travels along a network cable (or any other medium of transmission), they degrade because of wire’s resistance power and become distorted and lost its own original wave pattern that is called attenuation. If a cable is long enough it makes signal amplitude loss after a certain distance depends on medium. 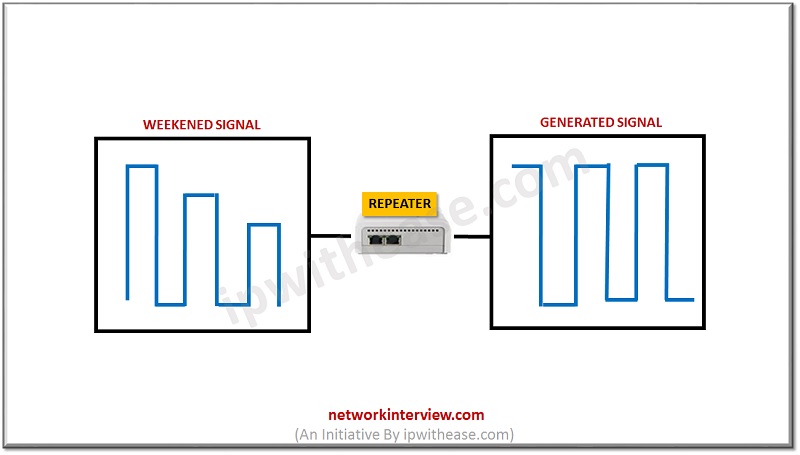 Repeater cannot operate between two different protocol like token ring and Ethernet.  In other words, repeaters do not translate anything it only understand the electrical signal wave form amplitude.

A Bridge can join segments or work group LANs. A bridge can create logical networks. For example, it can control flooding of data from one network segment to another by creation of logical network.

Below is an arrangement which describes the bridge operation –

Bridges simply pass all protocols along the network. Because bridge has capability to allow traffic of multiple protocols, it mainly depends on sender and receiver to communicate on same protocol.

A bridge operates on the rule that each workstation has its own address. A bridge forwards the packets based on the hardware address of the particular destination node.

When frame arrives at port of bridge it will record it in its MAC address table with incoming port number and hardware address. Firstly it will broadcast with in same to get detail of destination node with help of ARP. The output gets added in table with destination MAC address and port number The bridge will then use this MAC table to forward traffic  unicast in next transfer.

Repeater use to extend wire length or to regenerate the attenuated signals. On other hand Bridge is used for segmentation of network (LAN) logically. 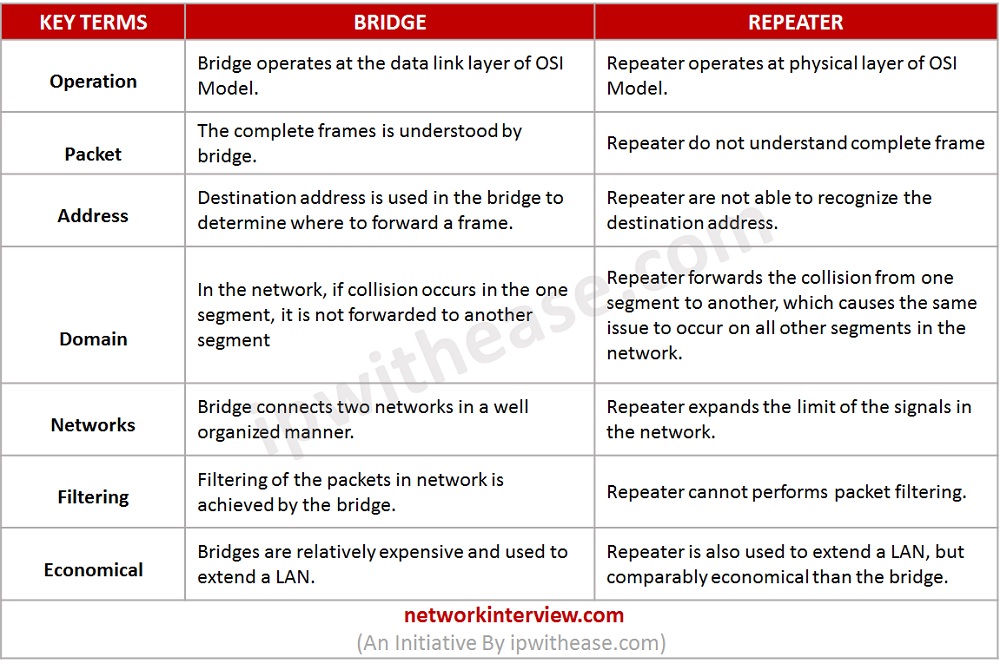