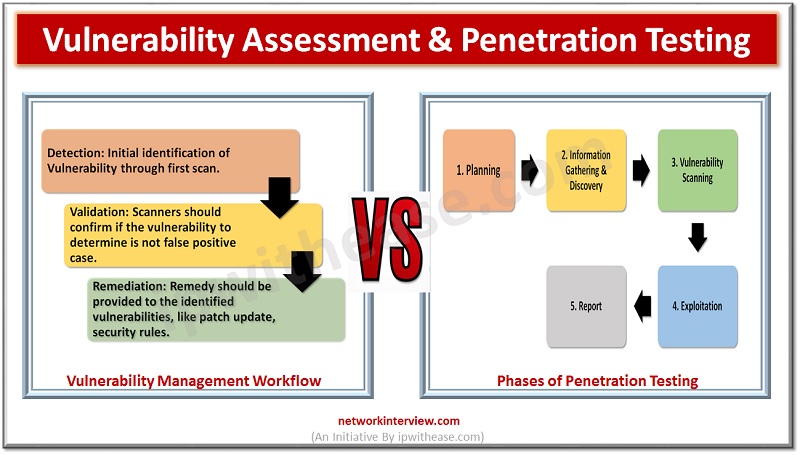 Vulnerability assessment and Penetration testing both are also recognized as VAPT.

Vulnerability assessment tools discover which weaknesses are present and where these weaknesses are located. Penetration testing exploits the vulnerability of a system through unauthorized access or malicious activity and tries to identify which errors pose a threat to the application.

Sometimes organizations suffer from massive attack or loss that could have been evaded if protection measures were taken at the right time. Incidents contain events such as attack in network infrastructure due to low security configures in devices, data loss, unauthenticated and unauthorised access, information leakage and many others. VAPT helps to provide an analysis to proactively identify the vulnerability of the organisation’s system and provide appropriate action accordingly.

Moreover, it saves time and money to solve the further issues related to cyber attack.

Vulnerability assessment starts with vulnerability scan. Scan can probe systems, network infrastructure, servers, web-applications that may be exploited by any hacker or intruder. Scan tools perform scanning on a periodic basis and generate reports which show differences between the scans, performed on different dates, time, month and provide an overview of risk in the environment to the administrator. 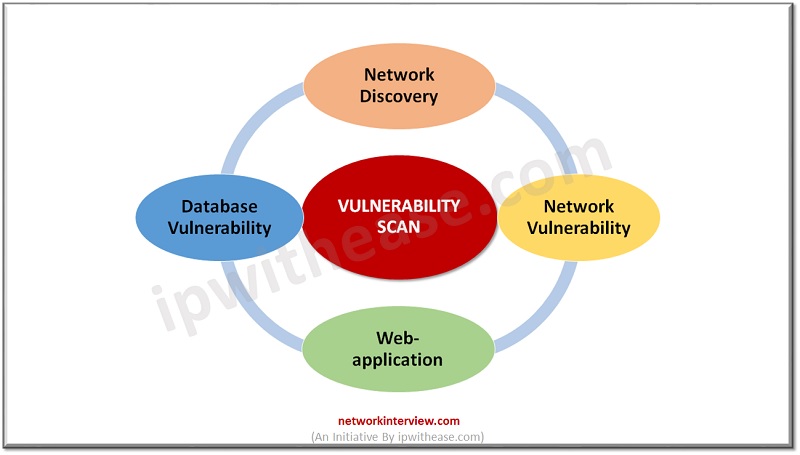 As the name indicates, Network discovery is used to scan the IP subnets, IP addresses, open network ports and associated application ports which are open in the network.

Common techniques to identify open ports on remote machine or remote system are as follows:

Most common scanner is Nmap which helps to identify the connection status in the network by performing a scan.

Network Discovery scan only focuses on open ports in the network whereas network vulnerability scan detects and investigates the vulnerability in a deeper way. Network Vulnerability tool has a huge database of known vulnerabilities which is used to identify if a system is weak in terms of security.

Scanner matches the vulnerability in its database and checks the criteria with the found vulnerability and generates the analysis based on the output of analysis.

Scans are further divided into low-risk scan and high-risk scan. Nessus is the device which is a commonly used vulnerability scanner in industries.

Focus areas of Web Vulnerability Scan are servers which have handled multiple applications. Firewalls and other network devices provide protection to those servers and their applications from the outside world. Attackers often try to get access to the application through unauthorized approaches. Here, Web-Vulnerability scanners perform appropriate tasks to avoid any malicious attack on the servers.

When administrators run the scanner tool in the network, the tool examines the web application using computerized techniques that operate inputs and other restrictions to identify web vulnerabilities.

Databases cover the most delicate and sensitive data and are worthwhile targets for hackers and attackers. Databases are protected by firewalls, local servers, routers from direct external access. Most common attack performed on a database is SQL Injection Attack. Database vulnerability scanners are the tools that perform professional scan to databases and associated servers.. sqlmap is an open source commonly used scanner that allows tester team to probe scanning on the database servers. 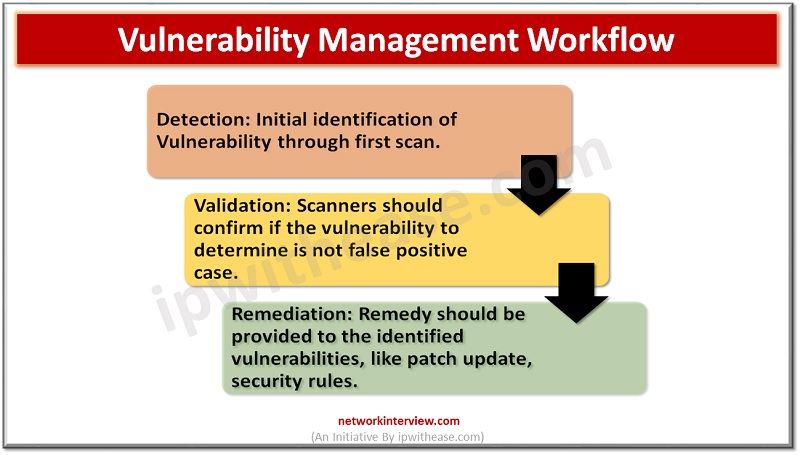 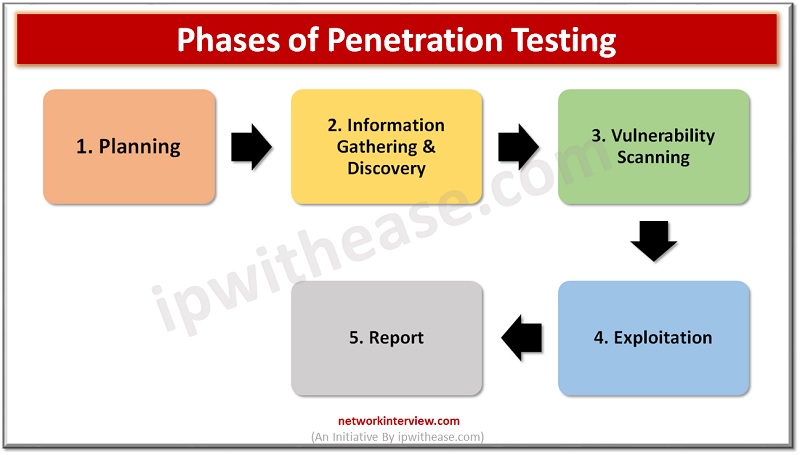 The Penetration test are generally categorized into three groups:

VAPT has different functionalities and methods, so it depends upon the infrastructure and organisation’s network architecture to select the best approach according to the requirement. A vulnerability assessment tries to expand and improve security of a system and develops a more documented method to achieve a secure network. On the other hand, penetration testing only gives a picture of your security program’s weakness and mitigation.

But professionals suggest that, as a part of the security management system, both techniques should be performed regularly to confirm a secured environment.

Devops vs Sysops: Understand the difference