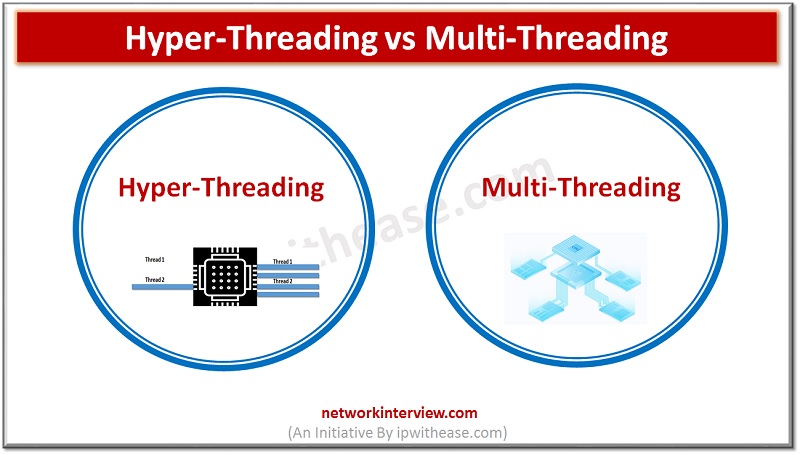 Most CPU manufacturers try to achieve high CPU performance by increasing clock speed and cache sizes but that still does not let full potential utilization of CPU power. To make more efficient use of CPU power, multiple enhancements have been made over a period in CPU processing techniques to increase the processing power and optimize the utilisation of CPU / processors.

Today, we look at two techniques related to processing – Hyper Threading and Multi-Threading, and understand the key differences between them, their limitations, advantages, usage etc.

Hyper Threading technology allows a single processor to operate into two separate processors for the operating system, the applications and the programs using it. The physical processor is divided into two logical or virtual processors. The Hyper Threading technology was designed to enhance the performance of CPU. The amount of work performed by a CPU within a unit of time , core is the execution unit of CPU and Hyper Threading allows multiple threads to run on each core of CPU. More and more cores were added to CPU by manufactures to increase instructions executed by the CPU at a time.

Each physical core is recognized as two virtual or logical cores by operating system. A single processor runs two threads. Cores are increased virtually or logically, and they work independently. A Hyper Threading enabled CPU has 2 set of general-purpose registers, control registers, architecture components and they share same cache, bus, and execution units.

Hyper threading technology was developed by Intel. It is the marketing name which is around since x86 realm. The idea behind this Simultaneous Multi-Threading (SMT) was that the single physical CPU appears to the Operating system as two virtual or logical processors. Hyper threading was officially announced at the Intel developer Forum and it was demonstrated on a Xeon processor. The test demonstrated that Single Xeon with Hyper threading enablement was 30% faster than normal Xeon processor.

Single processor is represented as two virtual or logical processors to the operating system. The processor works on two set of tasks simultaneously and utilizes resources which otherwise would be idle and helps to get more work done in same time window.

Multithreaded software divides workloads into processes and threads which can be independently executed, dispatched, and scheduled. 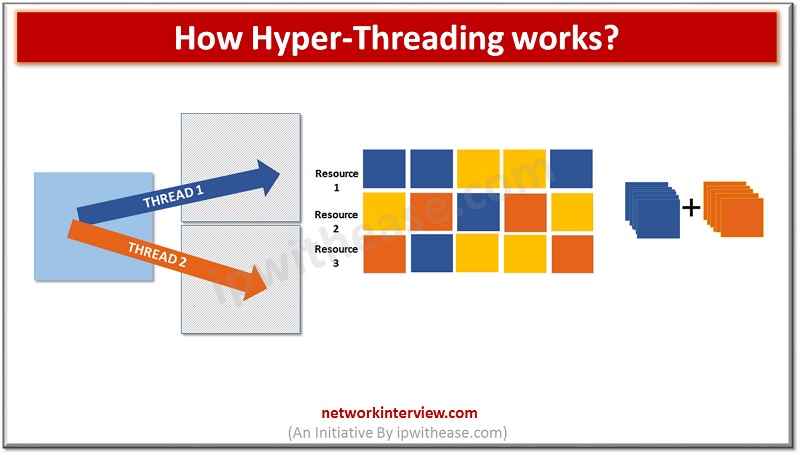 Multithreading allows to create multiple threads within a single process to enhance throughput of computing. When processes are created for each task, it is resource consuming and intensive so Multi-Threading technology allows to divide a single process into multiple sub-processes and assign tasks to each sub-process or thread. Each thread is a lightweight process. There are two types of threads – Kernel thread and User thread.

There are many models of multi-threading : –

A Thread is a sequence of statements which are executed as part of program. Each program has one thread for execution. Multithread programs simultaneously execute two or more threads. The operating system provides multithreading support and quickly switches the CPU system between running threads. The operating system which assigns thread to CPU is called a ‘Scheduler’.

Execution of thread can be Concurrent and Parallel. 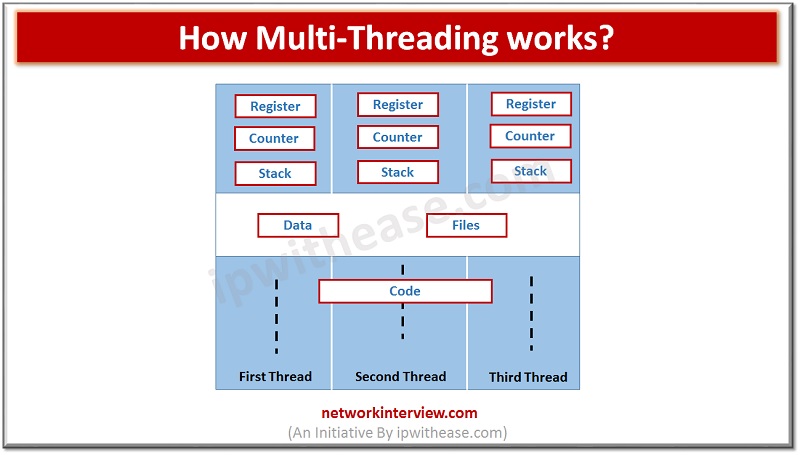 Below table summarizes the differences between the two technologies: