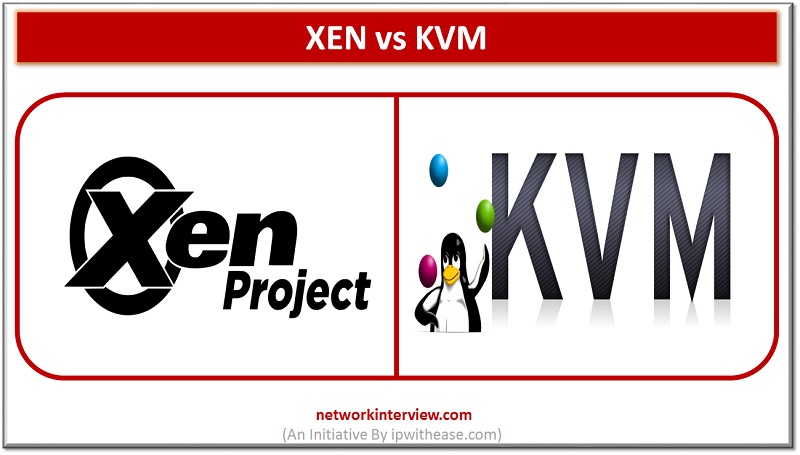 Talking about the virtualization concept, hypervisors technology is quite a well-known concept. A hypervisor is used by a person who would wish to merge the server space or run a number of other independent machines with the host server. Hypervisors add a touch of virtualization in a way that the data is controlled and managed centrally.

With the role of hypervisors expanding, the storage hypervisors are being used to form a centralized storage pond. Along with storage, networks are also being played with in a way that they are being formed, managed, manipulated or destroyed without even physically tampering the network devices. This is how network virtualization is being broadened.

Drilling deeper into the kinds come XenServer and KVM (Kernel-based Virtual Machine) as Type 1 hypervisors existing in the market. Since both being Type 1 Hypervisors, the question lies, which one is better? So let’s dive into the comparison part:-

An open source hypervisor recognized for its almost native performance, Xen hypervisor directly runs on the hardware of host. Xen allows formation, implementation and management of a number of virtual machines with a single host computer. Bought by Citrix Systems in 2007, XenSource created Xen. Commercial versions of Xen also exist.

Being a Type 1 hypervisor, Xen can be lodged directly on hardware of the computer without any requirement of a host operating system. Xen supports Windows and Linux operating systems. Xen can also be put to use on IA-32, ARM and x86 processors. Xen software is customizable because it has a unique structure getting virtualization everywhere.

XenServer is the first choice for hyper scale clouds of the industry like Alibaba, Amazon and Oracle Cloud and IBM Softlayer as it is easy to use with a flexible structure. An approach of detection and multilayered protection is used which makes Xen a secure option for usage. Xen’s architecture has advanced security features making it a leading choice in security related environments.

A Linux inherent technology specifically converts Linux into a hypervisor that enables the host computer to operate a number of independent virtual systems also recognized as Virtual machines or guests. Initially disclosed in 2006, it merged with the mainline Linux kernel versions the following year. This open source virtual solution benefits from up to date features of Linux without the need of any additional skilful arrangement.

Being of any kind, hypervisors require some components of the level of an operating system to operate virtual machines like Input/output (I/O) stack, memory manager, process scheduler, security manager, network stack, device drivers and many more. All these components are contained by KVM since it is a part of Linux kernel. Linux gets converted into a native hypervisor through KVM and every machine is executed as a regular process of Linux organized by Linux Scheduler with committed virtual hardwares such as memory, disks, CPUs, network card, graphics adapter, etc.

To cut the explanation of its working short, you just need to install a version of Linux released after 2007 on X86 hardware which is capable of supporting virtualization. Then 2 modules, host kernel module and processor-specific module needs to be loaded along with emulators and helpful drivers which will run other systems.

KVM is embedded in Linux so what Linux contains, KVM has it too. KVM is preferable because of its features like hardware support, security, storage, memory management, performance and scalability, live migration, scheduling and resource control, higher prioritization and lower latency.