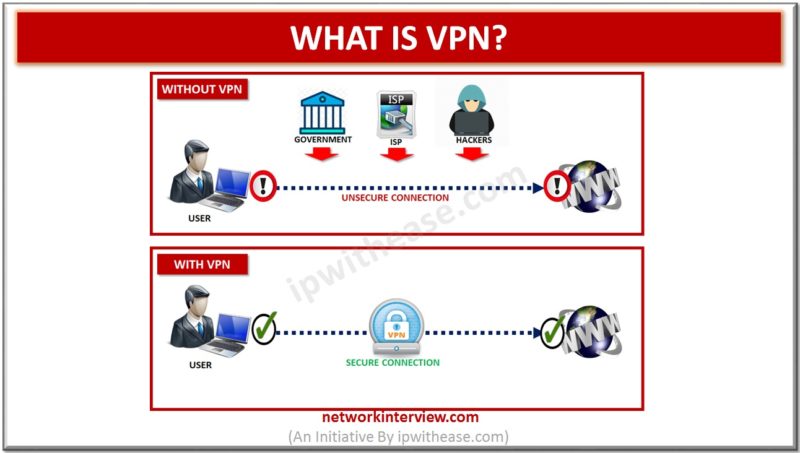 VPN (Virtual Private Network) is a technology that lets you access the web safely and privately. It acts like a secure tunnel between your device and the internet. The information traveling between a connected device (computer, smartphone, tablet) and a VPN server is encrypted. Thus,VPNs are used to protect your online traffic from snooping, interference, and censorship.

How does a VPN work?

When you connect to the web without a VPN,the connection looks something like (below diagram) –

Without a VPN, you are connected to a public or shared network through your Internet Service Provider (ISP).

When you connect to the web with a VPN,the connection looks like –

Using a VPN to protect your privacy has some big advantages compared to an unprotected connection.

Related – Is It Legal To Use A VPN?

Using a VPN can provide good security against most kinds of surveillance.But its not 100% secure as there are ways that your privacy can be compromised when you use a VPN.

What is Torrenting and how does it work?