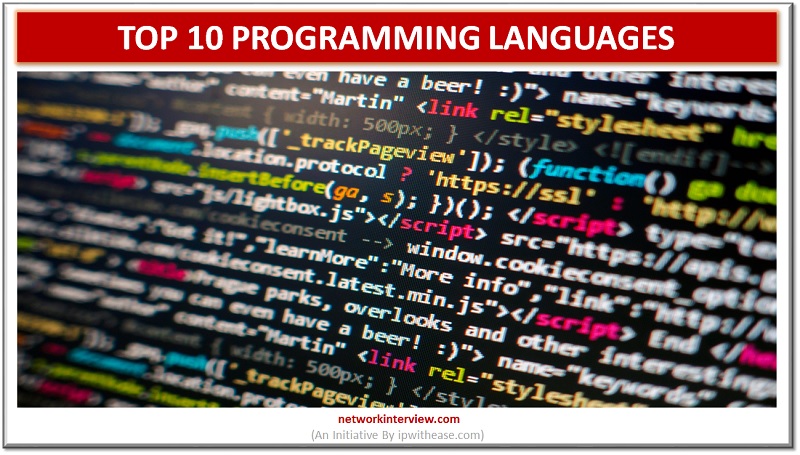 In this rapidly advancing digital world, each technology has been surpassing the other with a new invention. Among them, in recent years programming languages have changed a lot. Some of them are not important as the past some become more vital.

In this article, you are going to see the top 10 programming languages that are widely used and important in current technological trends. So without further ado let’s get into the article.

Many languages have emerged and submerged in the past years but javascript is one of the long-lasting languages. It has been listed in the top 10 programming languages for several years. And it is used by major companies like Google, Facebook, Microsoft, etc…

It is always a clash between python and JavaScript. Some lists rank python as the first and others go for JavaScript. Like JavaScript python has also been in usage for many years. And more than 19,000 job opportunities are for a python expert.

Python is not suitable for mobile apps, other than that it is widely used and famous among startups.

There are 29,000 more jobs for Java experts. The great drawback is that advancing the development of cloud infrastructure is reducing the need for Java language. As they are not ideal for cloud applications.

C and C++ are like old wine, their value keeps on increasing as time goes. Though python has been replaced to do major C languages roles still C and C++ are in the top 10 list. Another advantage is that it is an easy language to learn.

C language is often used to program hardware and embedded devices. However, the C language is not suitable for websites and mobile applications.

It had an expositional rise in recent years because of the wide usage of big data and data computing. Various big companies are using the R languages to deal with their data and machine learning purposes.

R language is mostly used in statistical products. The drawback is it doesn’t have strict programming guidelines.

There is a misconception about PHP that it is dying, but it’s not true. It is still a large and widely-used programming language in the world. Large companies like Facebook, Wikipedia, WordPress, etc… are dependent on it.

If you are looking forward to getting into website development then PHP is a great choice for you.

It is developed by Microsoft as the most secure and faster variant of C#. Thus there are still large job opportunities for you if you learn C#. And they also support windows, browser, and mobile plugins.

The major drawback is that they are used mostly on the Microsoft.Net services and are less flexible than C++.

It is also referred to as Golang. It is a language created by Google to use as an efficient and readable, secure language for system-level programming. Though it is not an overhyped language now companies like Google, Uber are using them.

And it is expected to reach large heights in the upcoming years. The drawback is not widespread out of Silicon Valley. It does not include a library for Graphical Interface.

While talking about the top programming languages you cannot miss Kotlin. Whenever a developer plans to develop an android app the Kotlin is always the first choice. Even Google has named Kotlin as their preferred programming language for Android Applications.

It can be used for Android development, web development, desktop applications. It is used by companies like Uber, Netflix, and Pinterest, etc…

Tech giants like Netflix, LinkedIn, eBay, Twitter, etc… are using Scala as their major programming language. It is originally developed to resolve problems faced by the developers while using Java. It supports both object-oriented and functional-oriented programs.

Other than the languages listed above there are many more important programming languages out there. If you have any other questions please share them in the comment section below.

What is JSON? Why JSON is better than XML?

What is Pylint? Python Programming

What is DevOps? Comprehensive Explanation 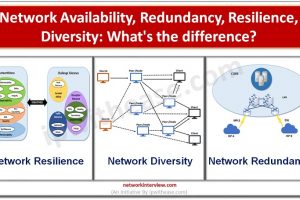