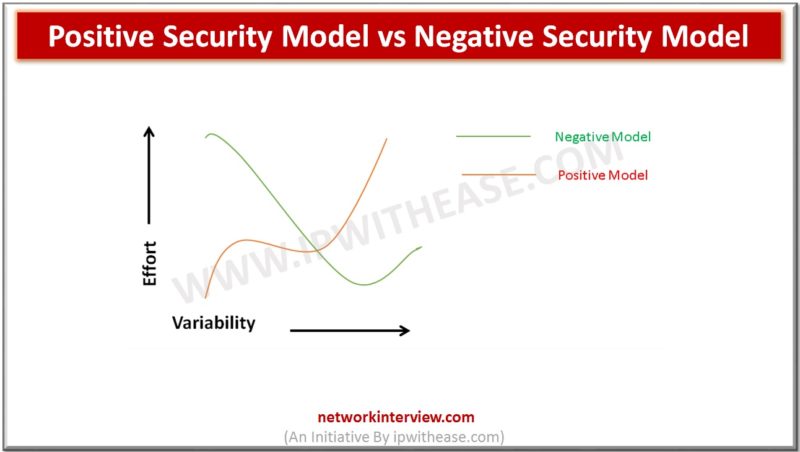 Achieving highest level of security and being one step ahead from the hackers has always been a significant challenge for any IT company. Security is always a hot discussion topic whenever an IT administrator contemplates on secured communication across organizational assets.

There has always been a balance to be maintained between security and convenience for the users. Setting up a right level of security can be a constant challenge. Most of us have seen that most of social sites and ones containing threads to our network are restricted, users feel that it is an inconvenience rather than something worthwhile or beneficial for business.

There are many methods by which we can provide security in the organizations, but most common solutions are Positive and Negative security models. Both these models have the same base structure, and both operate according to a set of simple rules. These rules can be Access control lists (ACL’s), Antivirus signatures etc. Both the model’s way of working is entirely different/ opposite. 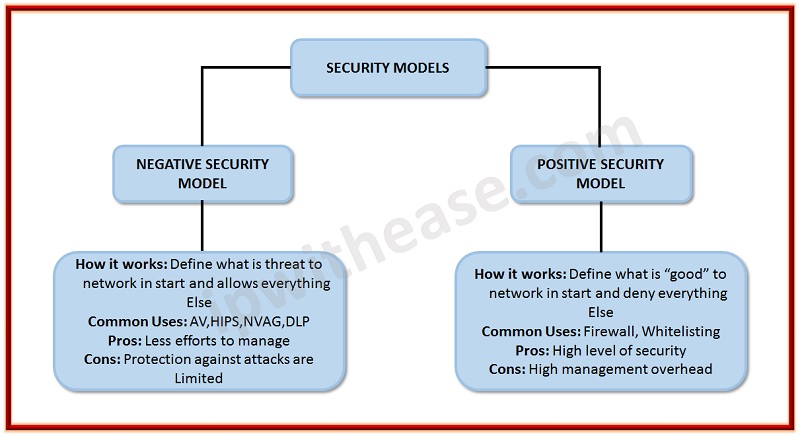 Security experts’ arguments on these models are always a debatable, some experts things that Positive Model is preferred as it started with most secure posture and gradually increases its functionality, where as some experts claim that Negative model is preferred because it starts off from the most functional posture and slowly increases its security.