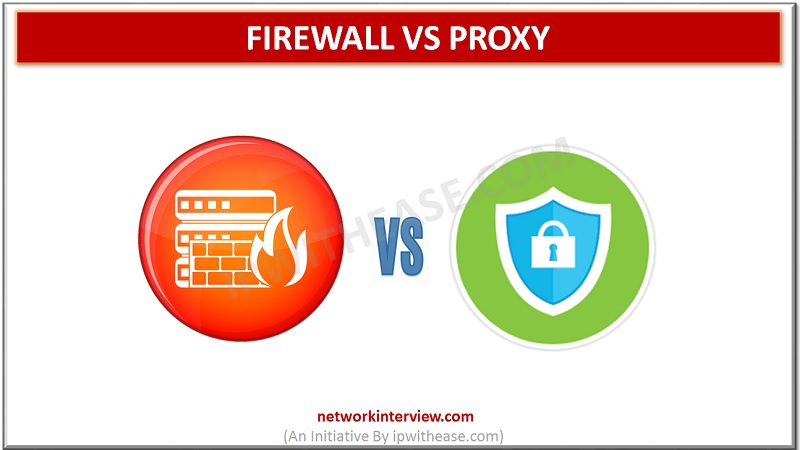 Both the proxy and the firewall limit or block connections to and from a network but in a different way. While a firewall filters and blocks communication (ports or unauthorized programs that seek unauthorized access to our network), a proxy redirects it.

A firewall is a network security device that monitors incoming and outgoing network traffic and decides whether to allow or block specific traffic based on a defined set of security rules. Firewall is first line of defence of a network. It establishes a barrier between secured and controlled internal networks that can be trusted and untrusted outside networks, such as the Internet. A firewall can be hardware, software, or both.

Fundamentally, messages are divided into packets that include the destination address and data. Packets are transmitted individually and often by different routes. Once the packet reach their destination, they are recompiled into the original messages.

Packet filtering is a firewall in its most basic form. Primarily, the purpose is to control Access to specific network segments as directed by a preconfigured set of rules, or rule base, which defines the traffic permitted Access. Packet filters usually function at layers 3 (network) and 4 (transport) of the OSI model.

In general, a typical rule base will include the following elements:

Packet filtering firewalls are the least secure type of firewall, because they cannot understand the context of a given communication, making them easier for intruders to attack.

Stateful Inspection, a technology developed and patented by Check Point, incorporates layer 4 awareness into the standard packet-filter firewall architecture. Stateful Inspection differs from static packet filtering, in that it examines a packet not only in its header, but also the contest of the packet up through the application layer, to determine more about the packet tan just information about its source and destination. The state of the connection is monitored and a state table is created to compile the information. As a result, filtering includes context that has been established by previous packets passed through the firewall.

For Example, Stateful-inspection firewalls provide a security measure against port scanning, by closing all ports until the specific port is requested. 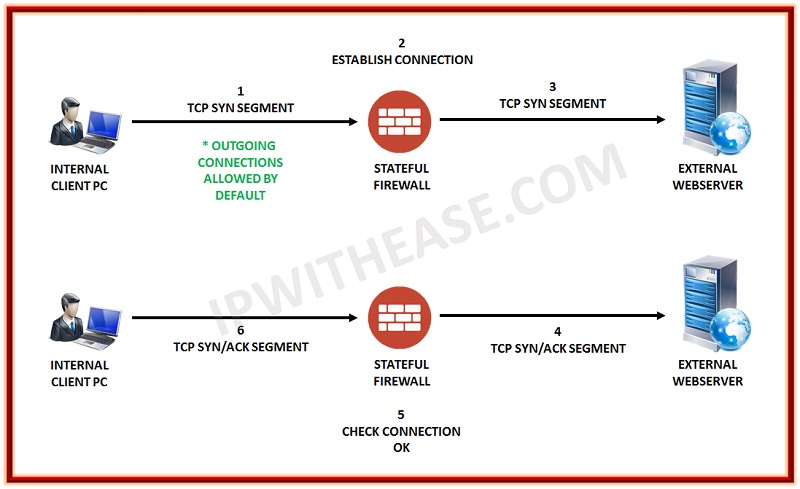 A unified threat management (UTM) system is a type of network hardware appliance, virtual appliance or cloud service that protects businesses from security threats in a simplified way by combining and integrating multiple security services and features.

UTM devices are often packaged as network security appliances that can help protect networks against combined security threats, including malware and attacks that simultaneously target separate parts of the network.

UTM cloud services and virtual network appliances are becoming increasingly popular for network security, especially for smaller and medium-sized businesses. They both do away with the need for on-premises network security appliances, yet still provide centralized control and ease of use for building network security defence in depth.

Firewalls have evolved beyond simple packet filtering and stateful inspection. Most companies are deploying next-generation firewalls to block modern threats such as advanced malware and application-layer attacks.

According to Gartner, Inc.’s definition, a next-generation firewall must include:

Now, let’s understand how the proxy server works? The proxy server is placed in the middle of the client and the original server. It executes a server process to receive a request from the client to access the server.

Differences between Firewall and Proxy