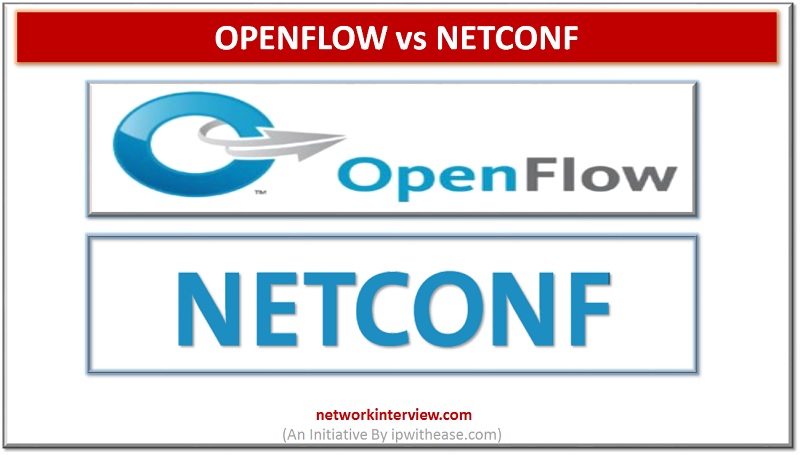 There are several data programming and configuration protocols that make the flow of information seamless across the networks. Among these protocols, OpenFlow and Netconf are considered to be popular and widely used ones when it comes to software defined networking (SDN).

Let’s see what these two popular protocols have to offer when we make a comparison OpenFlow vs Netconf on the grounds of various features.

When you are seeking for a specialized protocol that can program the forwarding tables situated within a switch then OpenFlow is put into use. On the other hand, Netconf is more flexible in nature and can be applied for any kind of configuration. It is especially beneficial when you are seeking for a protocol that is not dependent on the data type in order to deliver a successful configuration.

OpenFlow vs Netconf: The Protocol Comparison

We have created a detailed table down below to help you understand how these two protocols are identical or distinct from one another on the grounds of certain critical parameters. 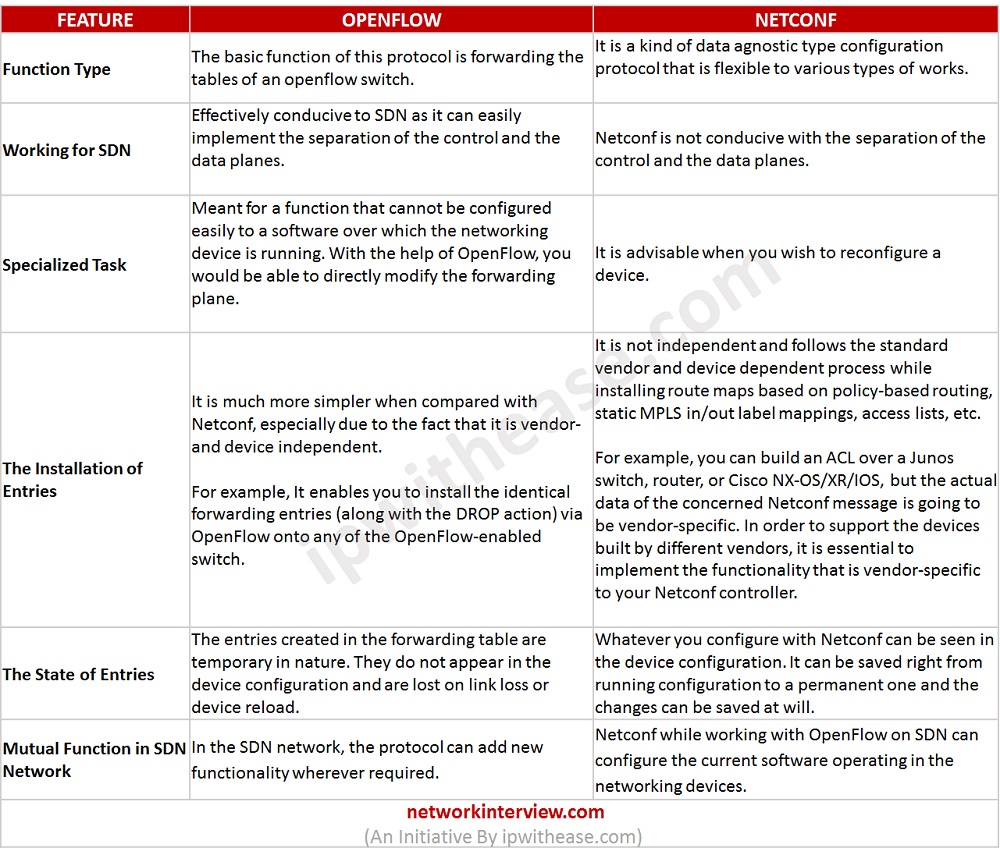 From the above table defining the features of both the protocols, it is pretty clear that both OpenFlow and Netconf have their own significant place when we analyse their roles in a software defined network.

From the points defined above in OpenFlow vs Netconf table, many would prefer to with an OpenFlow protocol (as the only setback that one can find is with the state of entries, where the entries are temporary in nature) and there is nothing wrong in that. But when we look from the viewpoint of the vendors and the device makers, then we would find that they would prefer a restricted standardized process for their own good. It has been explained in the table with the help of an example as well.

Both the protocols have their own pros and cons and they have been well evaluated above. Now, it is totally up to the users, what are the features that they give utmost priority and take the services of either of the SDN protocols discussed above accordingly.

Physical Switch vs Virtual Switch: Which is the best choice?