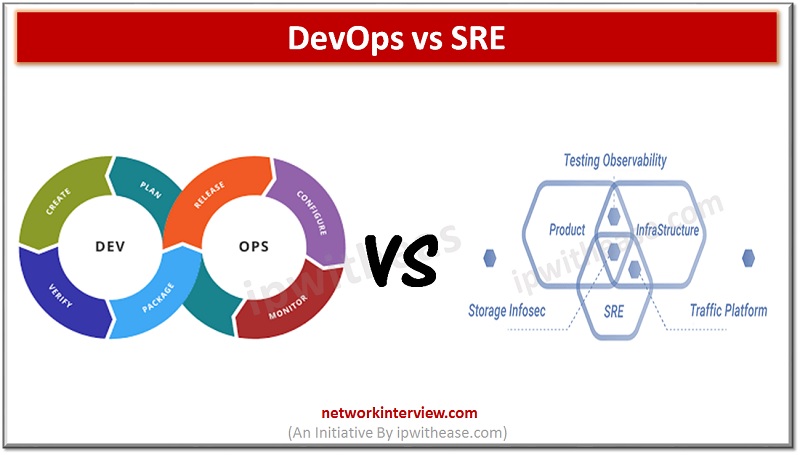 After Google introduced Site Reliability Engineer into the software development process, the whole IT industry was confused and had this question “What is the difference between the DevOps and SRE?”

The word DevOps is expanded as the Development Operations. It refers to the framework followed by the IT companies to produce the software or applications as per the customer requirements. It involves agile and automotive infrastructure to ensure a fast return on demand.

When the customer makes a request the DevOps team starts working on them and aim to make fast and quick delivery. It covers the whole Software Development Life Cycle (SDLC) from planning to final testing.

They practice many automation techniques like machine learning and Artificial Intelligence to make create a continuous and qualified delivery. It is the direct successor of the Agile Software Development process.

SRE refers to the Site Reliability Engineering or Engineer. It is a discipline which is created by fusing the software engineering with administration, infrastructure and operation problem of the organization.

An SRE is none other than, an administrative expert who has basic programming or software knowledge to create a solution for the operative issues and development process. He helps in achieving scalable and highly reliable software systems.

It is not common to have a Site Reliability Engineer in organizations, only the big organizations or sites that host massive servers that process large data. An SRE shares the major principles of the DevOps.

A Site Reliability Engineer spent nearly 50% of his time in the “operations” which is shortly called “Ops” in the IT field. He will be engaged in the works like on-call, monitoring, issues, manual supervision, and intervention. And he spends the other 50% on the development process.

Difference between DevOps and SRE:

It is hard to differ both of them as they are used side-by-side in many combinations. SRE and DevOps are similar by adopting these five major principles.

However, there are some differences between them. 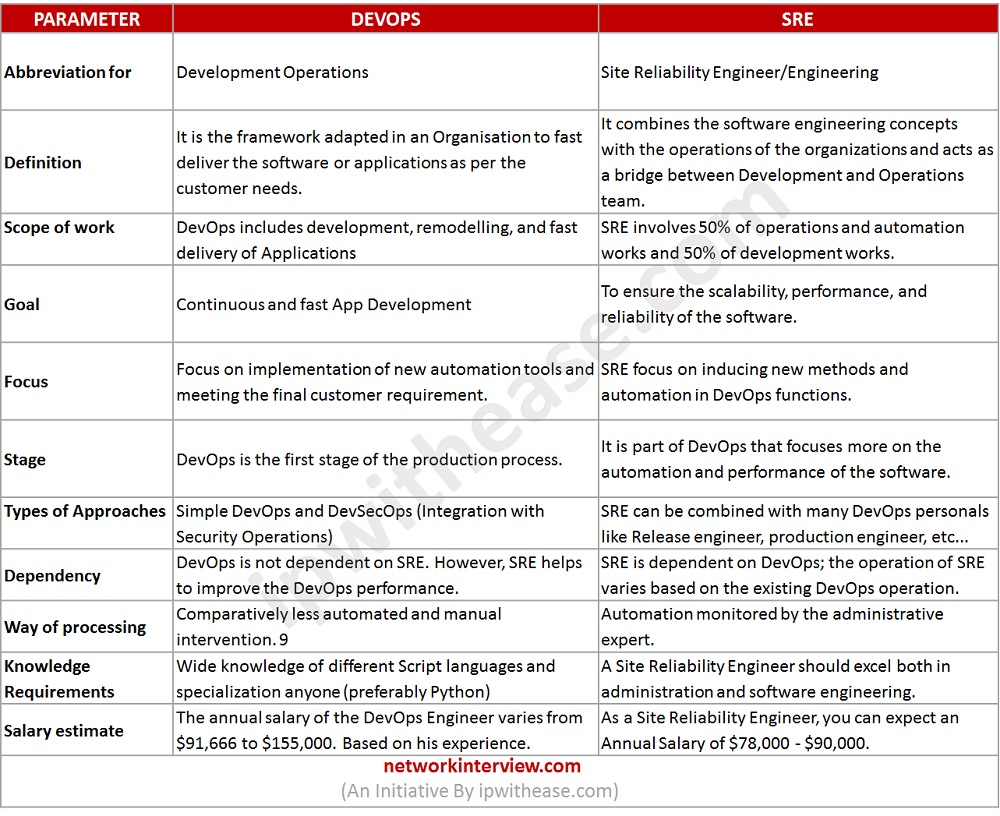 In the end, it is all about data and software development. If you have any further questions or ideas please share them in the comment section below.

What is Site Reliability Engineering? Is it a Good Career Path?