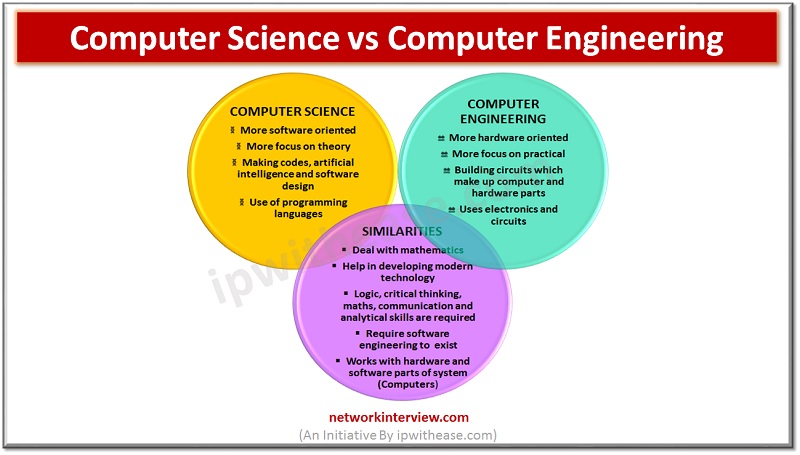 Choosing the right career: Are you confused?

Education institutes use near to similar names for the courses which makes it quite confusing for students. Computer science and computer engineering are two such terms. We don’t know do they mean same? If not what is the difference between the two and which one is right for studies.

These two disciplines overlap however the differences between them are also noteworthy.

Let’s look at the two terminologies today and understand the difference between them.

Computer science is a branch of mathematics that deals with data and algorithms. It is a branch of study of data and instructions processing which is stored and communicated by computing devices. It is a modern descendent of Applied mathematics and electrical engineering and deals in symbolic representation of data and instructions, instruction language design for data processing, different techniques of software writing to process data on wide variety of platforms, reliable and secure communication protocols, data organization in databases, human intelligence emulation and machine learning through computer algorithms, Statistical modelling of data for trend analysis, content protection and data authenticity.

Areas of specialization in Computer Science:

Areas of specialization in Computer engineering:

The typical example of this is a mobile phone.

Computer engineers design the chips for mobile phones and integrated components such as cell radio, touch screen, controls, memory, and microprocessor functions and make these work together in integration.

Computer scientists write operating system code to manage memory, enabling encryption for data security. Applications that are in app store let people on device to do text, browse the web and play game like angry birds.