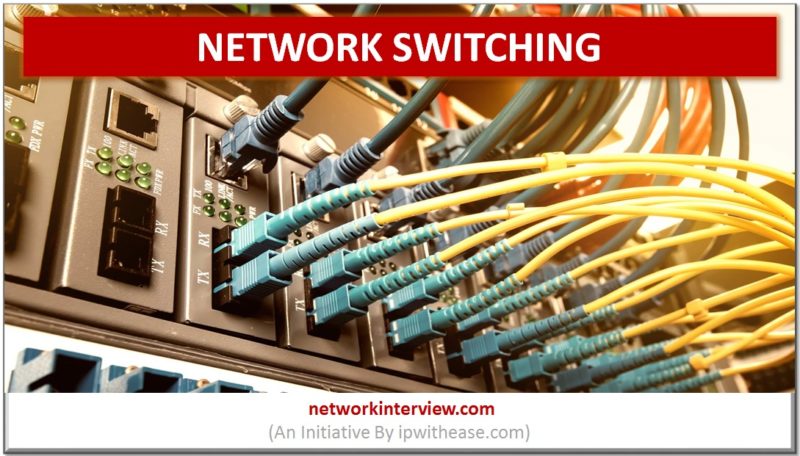 Network Switching works at Layer 2 (Data Link Layer) of OSI model. Switching is a process of receiving frame from one incoming port (ingress) and then forwarding it to as desired destination (egress).

Switching is of 3 types – 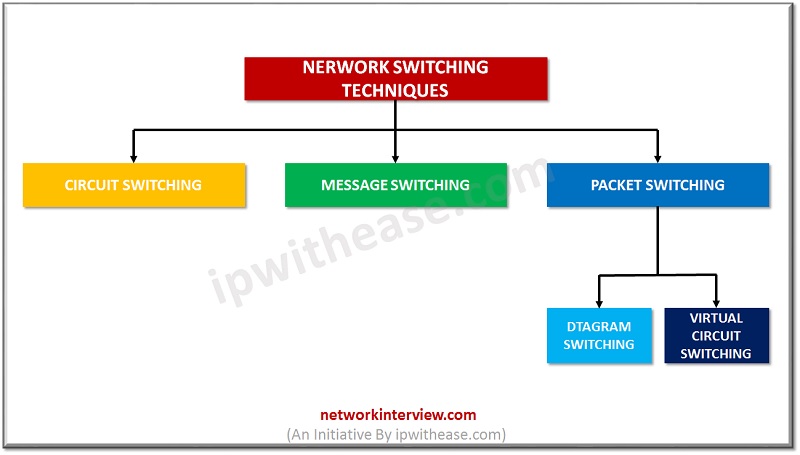 It is a switching method in which a dedicated physical path is formed between two points in a network i.e. between the sending and the receiving devices. These dedicated paths are created by a set of switches connected by physical links. Circuit switching is the simplest method of data communication that has a fixed data rate and both the subscribers need to operate at this fixed rate.

It is a switching method that was developed as an alternative to Circuit switching before the advent of Packet Switching. Message switching is a connectionless technique in which the entire message is routed from the source node to the destination node by one hop at a time, called hop-by-hop system. The distinctive features of message switching are:

Store and Forward network: The message is not discarded in case of non availability of the next hop. Rather, it is stored in a queue  and is  retransmitted when the required route is available .This is called store and forward network.

Message delivery: The entire information is wrapped in a single message and transferred from the source to the destination node as a “message” with a definite destination address in the header.

Thus, Packet Switching method also uses Store and Forward technique. Each hop will store the packet and then forward the packets to the next host destination.

There are two types of packet switching :