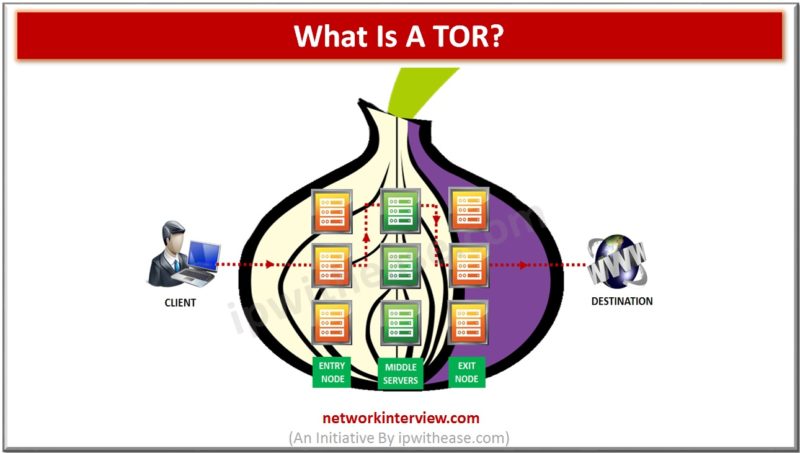 TOR (The Onion Router) is a software and open network which allows the users to browse the Web anonymously. TOR makes it difficult, if not impossible, for any snoops to see our web mail, search history, social media posts or other online activity. Also no one can tell which country we’re in by analyzing our IP address.

TOR was primarily developed for the use by the US Navy so as to mask their IP addresses which could lead to theft of sensitive data. Later, TOR was released as an open source free software.

TOR is a network of servers that we communicate with anonymously. No one organization controls either the TOR software on our computer or the individual servers in the network. So, we don’t need to trust anyone to use TOR safely.

TOR was called The Onion Router  because this software uses a technique known as onion routing to hide information about user activity.

How does a TOR work?

TOR network consists of thousands of independent servers run by volunteers around the world.Here’s what happens in a Tor network:

Is It Legal To Use A VPN?

What Is Circuit Switching?