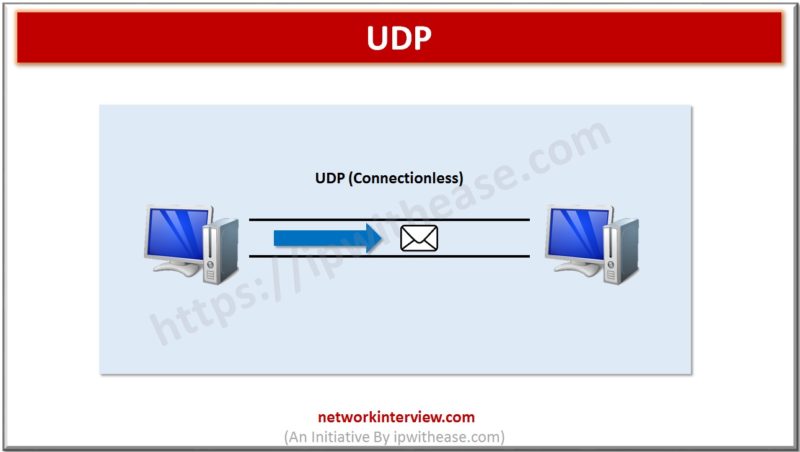 UDP (User Datagram Protocol) is a transport layer protocol used primarily for low-latency and loss tolerating connections. Outlined by RFC 768 it provides a best-effort datagram service to an end host.In distinction to TCP, UDP just sends the packets with no packet acknowledgements that ends up into much lower bandwidth overhead and latency. However as the individual packets traverse different paths between the sender and the receiver, as a result ,the packets can be lost or received out of order.

Through UDP a source host send messages to destination host with a minimum of protocol mechanism. Further as UDP is transaction oriented,so delivery and duplicate protection are not guaranteed. UDP is generally used in video conferencing and real-time computer games. The protocol permits individual packets to be dropped and UDP packets to be received in a different order than that in which they were sent, allowing for better performance.