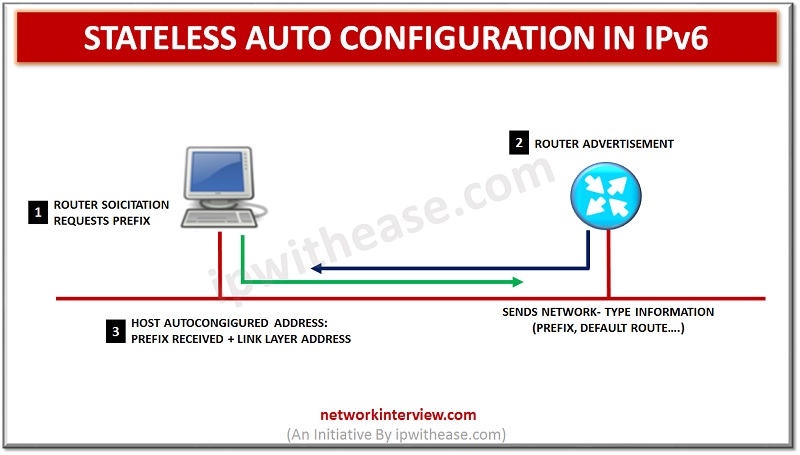 IPv6 Stateless Autoconfiguration enables a local link address which allows the user to access the internet from anywhere. No intermediary IP address or support is needed to be created as the DHCP server. All the devices that are connected with the IPv6 network, have their own unique local address which is automatically verified allowing that particular node or let’s just say a user to communicate with other users on that link. The process of auto configuration means that the addresses, links and other such information are automatically configured.

With the earlier versions, only stateful configuration was possible which involved the necessity of an intermediate presence of a DHCP (Dynamic Host Configuration Protocol) server. But, with the advent of IPv6, there is no such need of this support for connecting the network devices over the internet. The devices are able to automatically generate a local IP address and carry on with their tasks.

This feature became an absolute necessity because of the increased number of devices over the internet in these times. Therefore, with the IPv6, the need of having a DHCP server for IP address allocation is snapped out and instead easing out the process for the network devices.

Heading back to the name, “stateless” means that the DHCP server need not recognize the presence of a network device for allotting it an IP address.

The steps that are followed by a device to auto generate the IP address are as listed below:-

The advantages of stateless auto configuration are as follows:-

This feature of IPv6 has a variety of applications in communication and networking of digital devices like refrigerators, televisions, microwaves, washing machines and many more such devices with the internet. The plugging of the device to the internet has just become a matter of time taken in blinking of an eye and with this feature has also escorted a brand new era of Internet of Things wherein almost all of the electronic devices would be able to connect through the internet.

The Most Common Cyber Security Issues in the Healthcare Industry