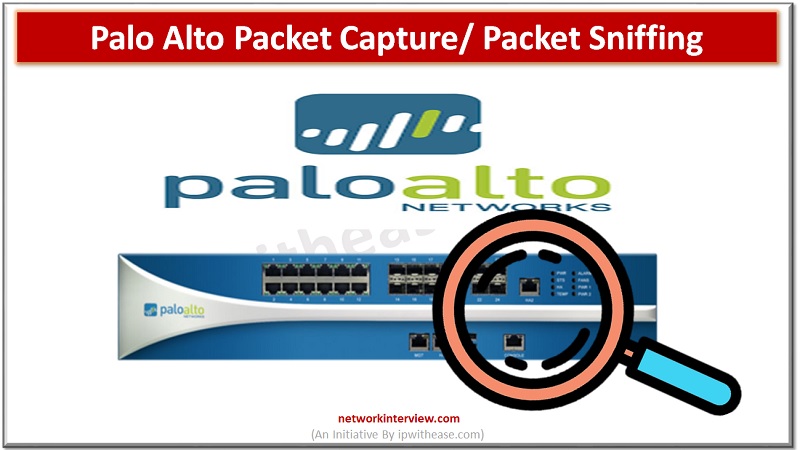 There are several products available which let sniff or capture packets. Palo Alto network firewalls have capability to take packet captures of traffic and let them store to perform analysis.

In this article we will learn more about Palo Alto Packet capturing/packet Sniffing capabilities, its features , advantages and use cases etc.

Palo Alto network firewalls have built in capability of packet capture (pcap) feature that allows capture of packets which traverse the network interfaces on firewall. Packets can be captured for troubleshooting purposes or create custom signatures.

Packet capturing is a CPU intensive activity and degrade performance of firewall.

There are several types of packet capture which we can enable based on the need as under:

It captures when firewall detects a virus , spyware or vulnerability. Feature needs to be enabled in Antivirus, anti-spyware and vulnerability protection security profiles. Threat log will have a link to export packet capture. These packet captures provide context around the threat and help to determine if attack was successful or learn about methods used by attacker. It can be submitted to Palo Alto networks to determine if threat was false-positive or false-negative.

It is a type of packet capturing based on specific application filters. Traffic log has view or export feature as per rule definition to capture packet.

It is defined as capturing of packet on management interface (MGT). It is useful to troubleshoot services which traverse the interface such as firewall management authentication to external authentication services, software and content updates, log forwarding, SNMP servers communication, authentication requests for GlobalProtect and captive portal.

How to capture packets in Palo Alto firewall? 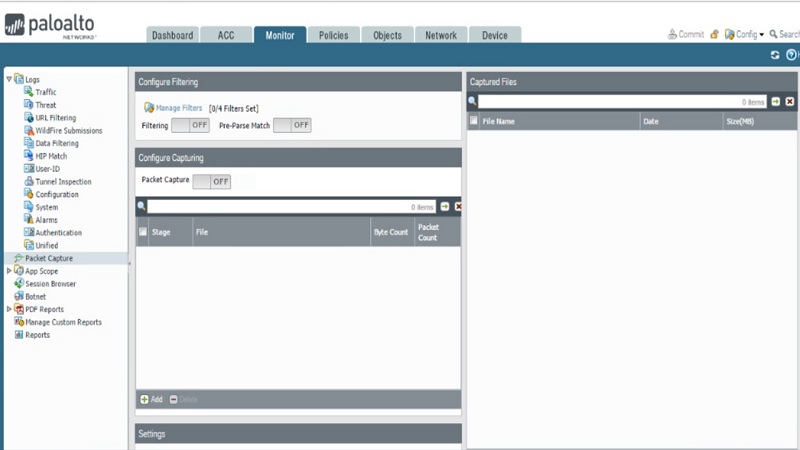 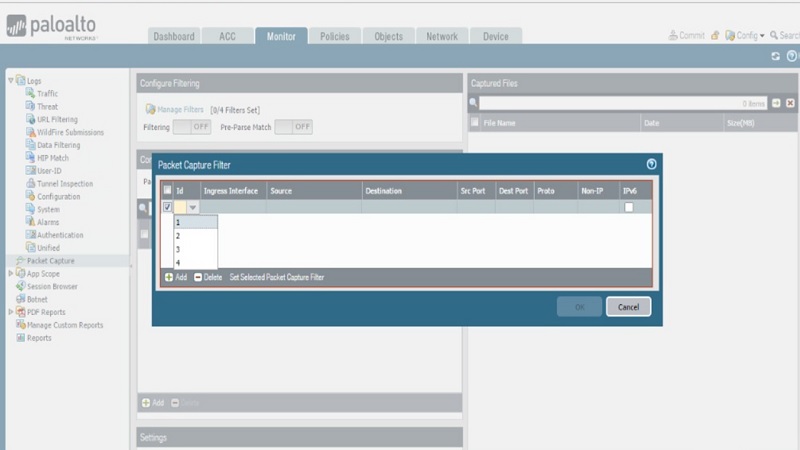 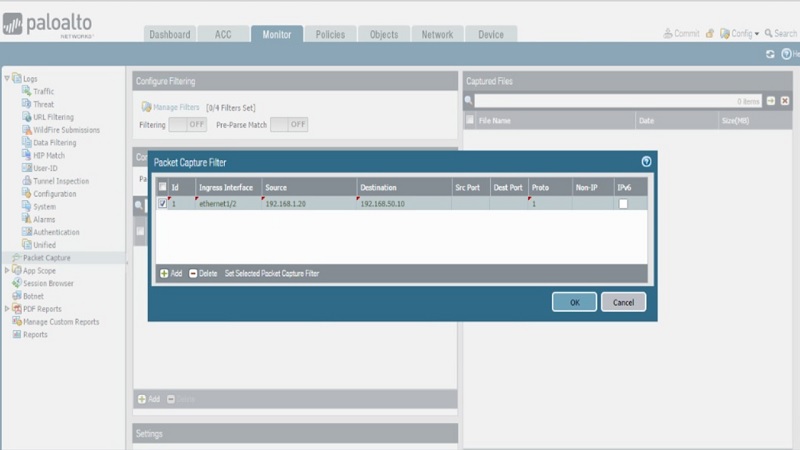 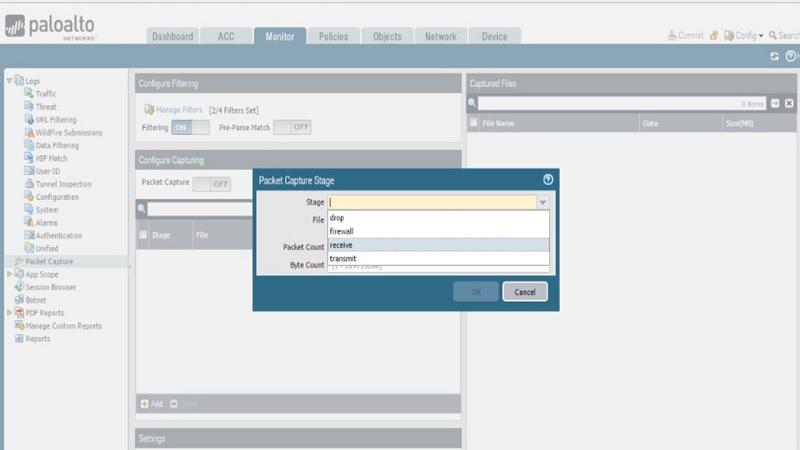 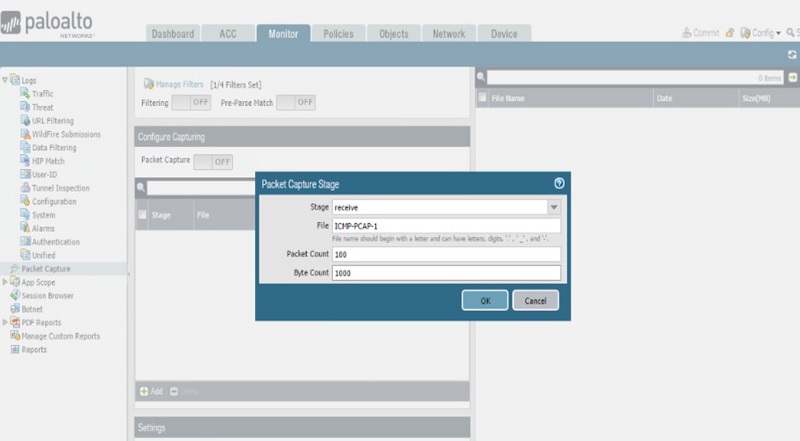 Click ok to continue on warning message, Packet capture file will show on the left side under capture files. Click on captured file (ICMP-PCAP-1) and download the Pcap file. Wireshark network protocol analyzer is required to open pcap file. 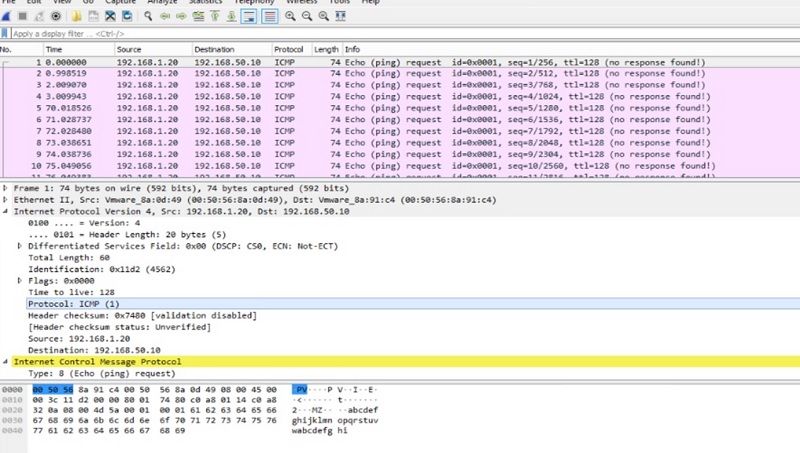 At least one capture stage is required to be selected. Stage indicates the point at which packet capture is to start.

Receive – when packet is received on dataplane processor

Transmit – when packet is transmitted on dataplane processor

What is Packet Capture?

Why you should be worried about Network Packet Loss?

Top Internet Providers in US