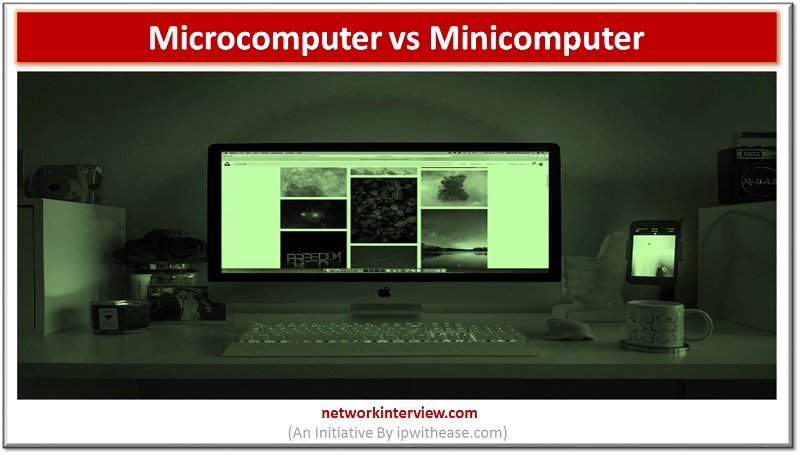 In this article, we will understand about some terminologies associated with computers. The categorization and classification is based on their size and data handling capabilities.

Let’s realise the difference between Microcomputer and Minicomputer.

Another commonly used name for Microcomputer is personal computer. Personal computers as the name suggest were designed for individual users to perform general functions or tasks. Majority of Laptops and Desktops are examples of Microcomputers. The microcomputer or personnel computer is comprising of components such as Central processing unit (CPU), Memory, storage, input, and output unit. These systems are ideal for personal work such as watching movies, listening to music, or office work like working on spreadsheets, typing a letter etc.

Minicomputers came into existence a way back in 1960s. The first Minicomputer was ‘Digital Equipment Corporation’ with PDP (Programmed Data Processor )and it was priced around USD 120,000. The minicomputers are characterized by small size but packed with power and multiple functionalities and are lightweight. Minicomputers are available in market today in the form of many electronic gadgets such as Smartphones, Tablet PC, iPAD, Drawing tablets , Desktop Mini PC and so on.

These small and powerful gadgets are packed with features and used for gaming, watching videos, net surfing, and a variety of computing tasks. Minicomputers were developed for tasks related to storage of records, calculations, controls etc.

What is a Meet Me Room?