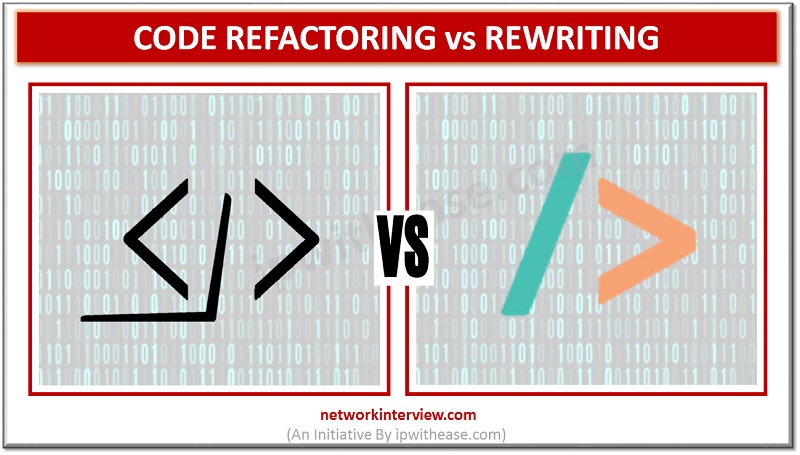 We have an application which is punctured with technical debt, out of date, or undeserving for users so what to do with such code – should we continue to do incremental refactoring? Or scrap all and rewrite from scratch?  Any legacy application which needs improvement and what to do next is not a simple decision. We plan to keep backend services as they are but upgrade front end should we refactor or rewrite? What about if we want to break a monolith into different microservices? Business users need to understand what type of effort is involved to better set expectations.

Today we look more in detail about two important terminologies in the software domain – code refactoring and code rewriting. This article will give insight into the major differences between the two, its purpose , which one to choose from and so on.

Functional enhancements is a key start point and to decide what rewrites and refactors are not. Which strategies will improve functionality of an application? Fixing defects, delivering new features, or cleaning up of user interface is call of enhancement. It is all about what an application does for users and a normal state of development. Sometimes the scope of functional enhancements is large. Like having an app server which is user based but features all require overhauling. This kind of effort requires building all new functionality , a new system required to be developed from scratch.

Refactoring is a discipline for restructuring an existing body of code , altering its internal structure keeping external appearance intact. Refactoring is all about making code maintainable by decomposing long or complex functions, fixing inconsistent naming conventions, adding unit tests, class hierarchies restructuring, data structures or schema revamp. There is nothing visible to users but internal code structure is modified to make it easy to work for developers and hence improves productivity. Refactoring is an iterative change and makes minor tweaks to application, deliver them and then rinse and repeat. 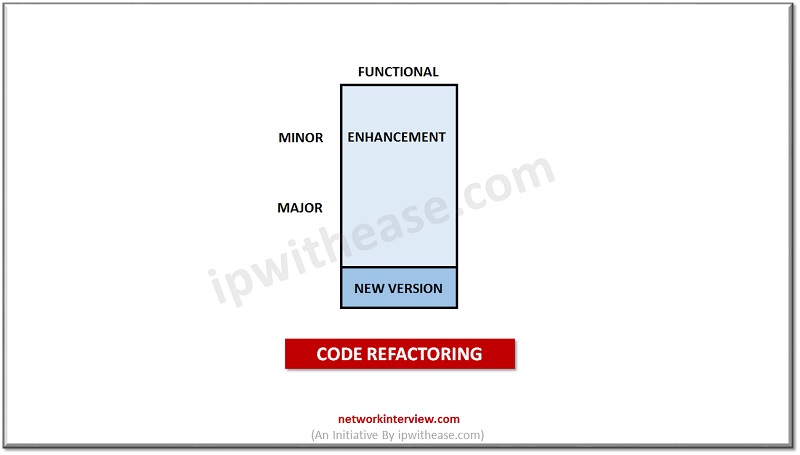 What is Code Rewriting?

Rewriting has a simple and basic goal to improve the non-functional nature of the application. It is about blowing up and building new. Rewrite involves major changes to the system in order to make fundamental improvements in the quality attributes of an application. If a legacy application is crippled due to technical debt it is impossible to add new features, then we may choose to rewrite and build a new base to improve maintainability and extensibility and add in new features which business demands. So, it is being rewritten with enhancements. 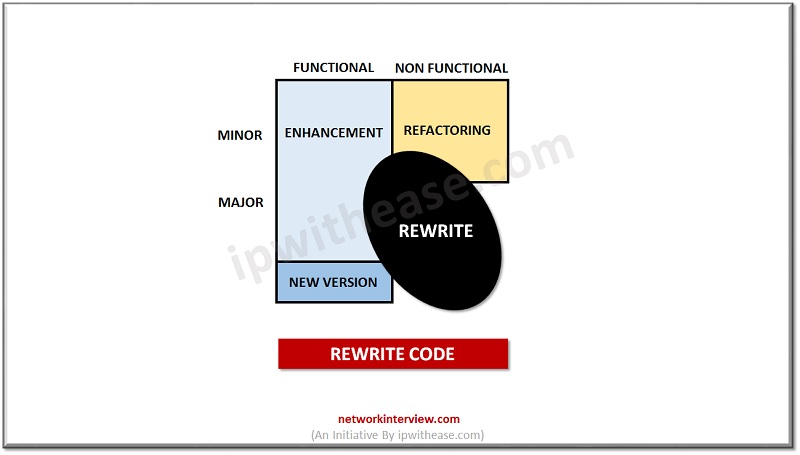 The below diagram represents the blend of major and minor changes. So, the re-implementation is proposed with a modern set of technologies , but keeping the exposed APIs and underlying structure same. 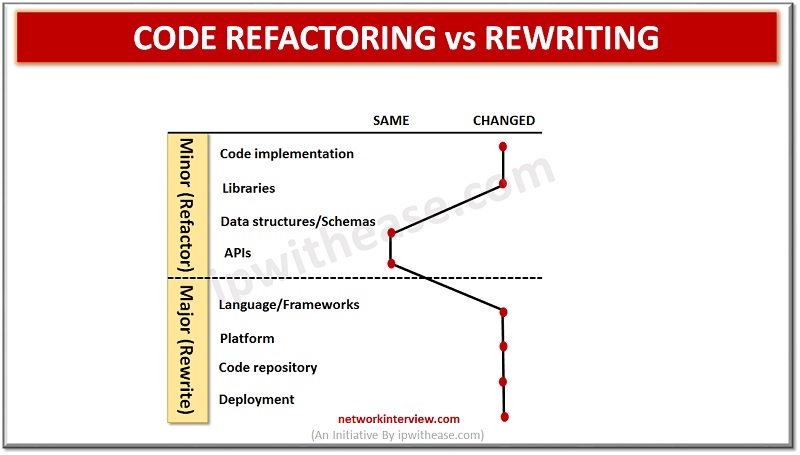 The usual standard is 40% refactor and 60% rewrite. Do you refactor or rewrite, would depend on a few crucial factors as under ?

Your obligations towards your investors – if you are bound to pay back some investments then these can greatly influence how you’re looking at the code.

UI/UX designs – If there are major changes from version to version. It is better and easier to start from scratch rather than refactor the current codebase.

Environment changes – want to migrate from one hosting solution to another, you may find some issues in a full exchange resulting in the requirement of refactoring or rewrite.