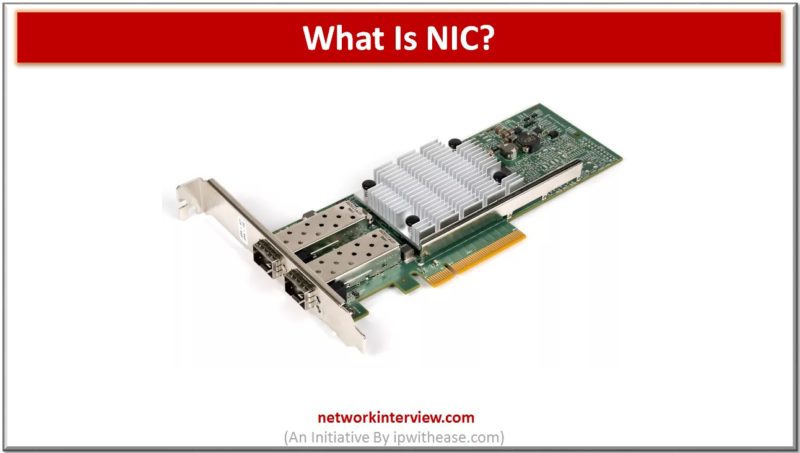 NIC or Network Interface Card is a circuit board or expansion card or a chip, that enables a computer to connect to a network, be it a home network, or the Internet using an Ethernet cable. Initially, network controllers were implemented as expansion cards that could be plugged into a computer port, router or USB device. However, due to the popularity and low cost , nearly all modern computers have a built-in network interface in the motherboard. In case additional independent network connections are needed, expansion card NICs can be purchased and used.

A NIC implements a physical layer circuit, that is necessary to communicate with a data link layer standard (like Ethernet or Wi-Fi) . Thus it provides  a computer with a dedicated, full time connection to a network.

Though NIC is a hardware which provides an interface between a computer and a network , there are multiple ways this connection can occur:

What Is Packet Switching?