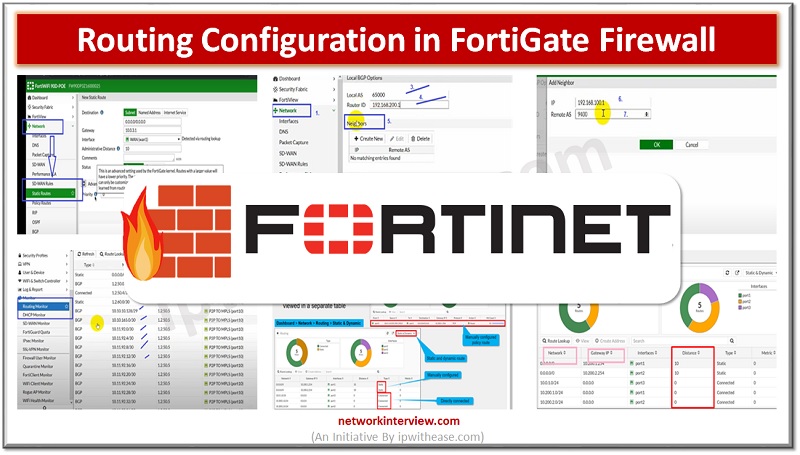 Routing means how a packet can be sent from a source to destination in a Network.

To perform routing every firewall has a routing table. A routing table contains series of rules which specify the next-hop and active routing sessions. Each routing hop in routing path requires a routing table lookup to pass the packet along as it reaches the destination.

Firewall first find the routing rule in routing table that matches based on the destination address in packet, when performing this match FortiGate evaluate the entire routing table and select most specific route before forwarding the packet to next hop.

What is route lookup?

When a packet arrives on a Firewall interface, Firewall inspects the IPv4 header, detects the destination IPv4 address, and proceeds through the route lookup process.

First lookup performs for the first packet sent by initiator and then for the first reply packet coming from responder. After completing these two lookups firewall updates routing information in session table.

Sequence of packets are routed according to the session table. After a routing table change, route information is flushed from the sessions and must be re-learned.

Static Route: Manually configured route, when you are configuring static route, you are telling Firewall to see the packet for specific destination range and specific interface. Example shown in this slide is default static route which means all subnet (0.0.0.0/0) traffic will go via port 1 by using gateway 10.0.3.1 if no matches found in the routing table. 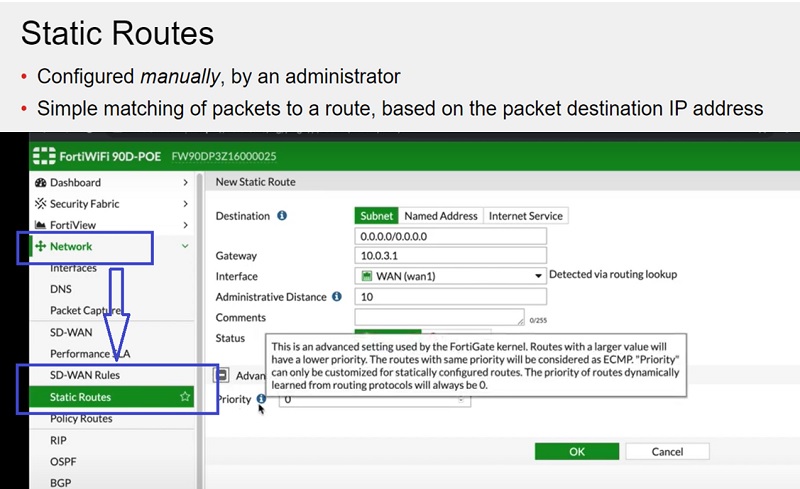 For large Network manually configuring routes may not be a practical. Therefore, dynamic routing has been introduced in firewall to learn the route automatically.

In dynamic routing, FortiGate communicates with nearby routers to discover their paths and to advertise its zones to directly connected subnets. Discovered paths are automatically added to the routing table, so verify that neighbour routers are trusted and secure.

Refer below images to configure BGP in FortiGate Firewall. 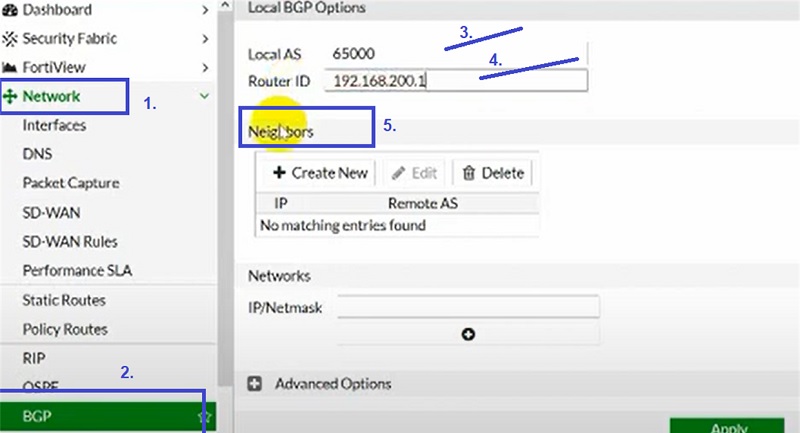 You can verify the routes in Routing Monitor 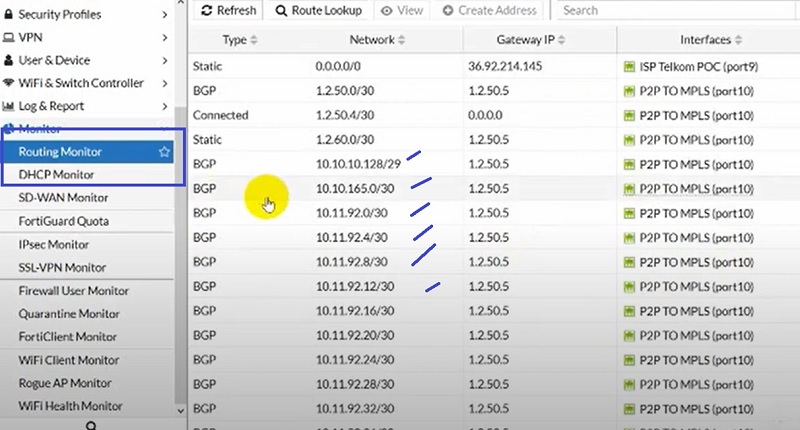 Policy based routes can match more than only destination IP address. For example if you have 2 ISP links 10 Gpbs and 5 Gbps , one is for higher management for fast internet access and another one for users for average internet reachability. 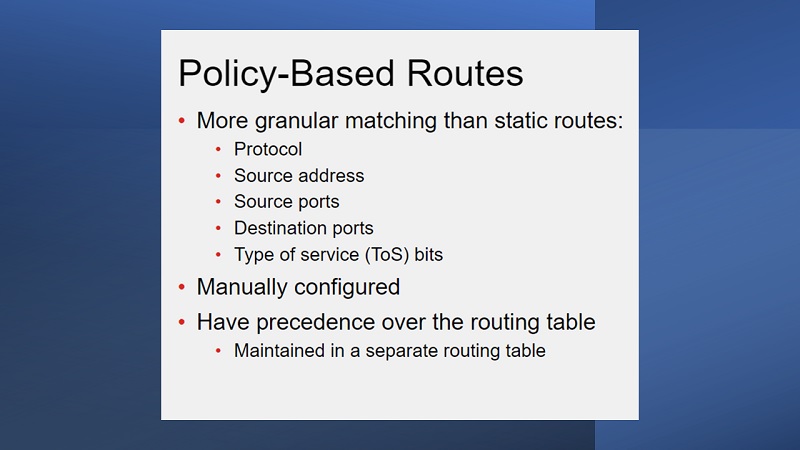 If the link is not established or down, route will not be captured by the monitor tab 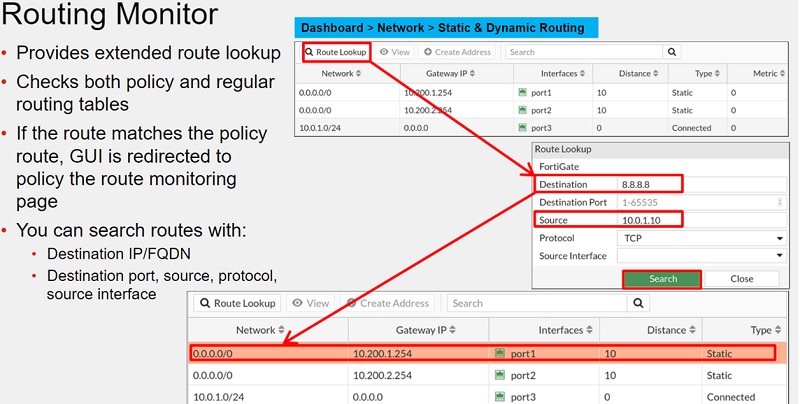 Interface Column: list the interface that will be used to deliver the packet

Distance Column: or administrative distance is used to rank routes from most preferred to least preferred. If multiple routes to the same destination, then smaller distance will be considered for packet transfer. 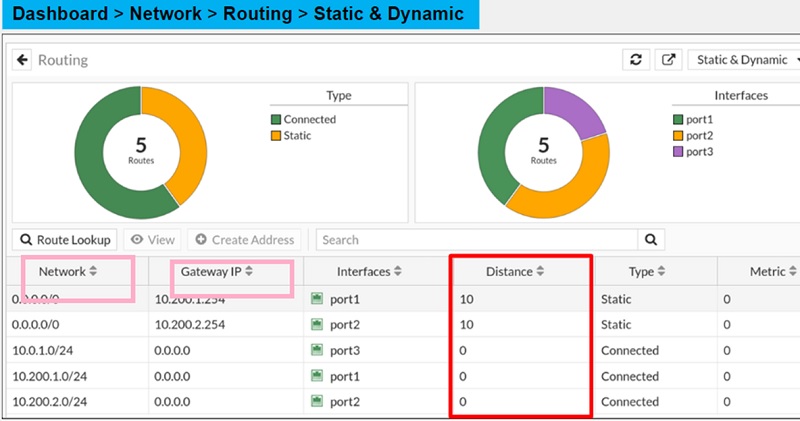 Some of the commonly used FortiGate CLI commands are:

If you want to learn more about Fortigate, then check our e-book on Fortigate Interview Questions and Answers in easy to understand PDF Format explained with relevant Diagrams (where required) for better ease of understanding.