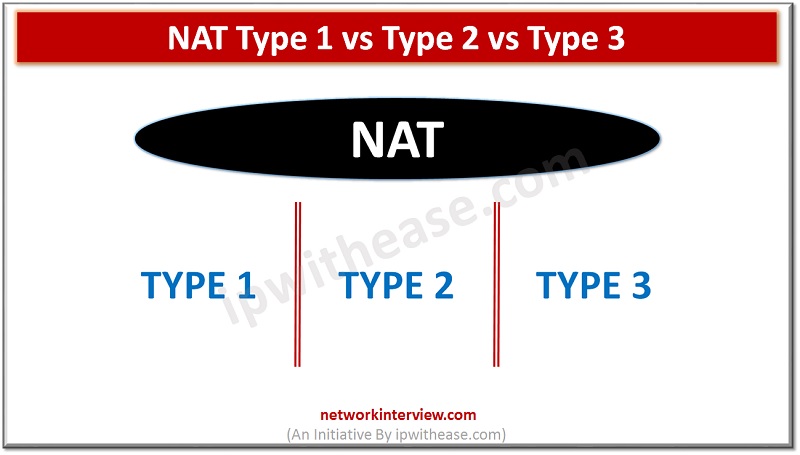 Nowadays, the 2 major gaming console types used extensively around the globe are

NAT stands for Network Address Translation, which represents the ability to translate a public IP address to a private IP address, and vice versa. In PlayStation games, a key challenge is faced when connecting to other PS4 systems, especially when you are using the communication features, like the party chat. Hence, in order to understand issues of features not working, it is important to comprehend NAT types used in PS4 and Xbox. So, let’s start the journey –

Type 1 (Open) – The PS4 system is directly connected to the Internet, and you should have no problems connecting to other PS4 systems. You are able to chat with other people as well as join and host multiplayer games with other PS4 gamers.

Type 2 (Moderate) – The system is connected through a router which is performing NAT function, and generally you won’t have any challenges. One key aspect of NAT Type 2 is that   router is well aware of your PlayStation system and is able to forward incoming packets on predefined ports to the PlayStation. Infact, due to this setup, connection requests from other players can be received by PS system. You are able to chat and play multiplayer games with some people. However, there is a chance that you might not be able to hear or play with others and can’t be chosen as the host of a match.

Type 3 (Strict) – The system is connected through a router and you may have problems related with the connection or voice chat. The reason is that Router is not able to forward PlayStation network ports or in one way we can say that UPnP is not working. The downside of Type 3 is that you are only able to chat and play multiplayer games with people who have a Type1. You are not able to be chosen as the host of a match.

Related – What is NAT Traversal?

NAT assigns your router an IP Address rather than each one of the devices. The 3 NAT types, with regards to gaming consoles/PCs, such as the PS3/PS4, or the Xbox 360/Xbox are Open (Type 1), Moderate (Type 2), and Strict NAT (Type 3).

The Moderate, Type 2 NAT as well as Strict (Type 3 NAT) limits connections for chat and video.

Strict/Type 3 NATs can only connect with other users having an Open/Type 1 NAT.

An Open/Type 1 NAT will provide the best connection quality, whereas Moderate and Strict NAT Type restrict the connections between a gaming console and PC.