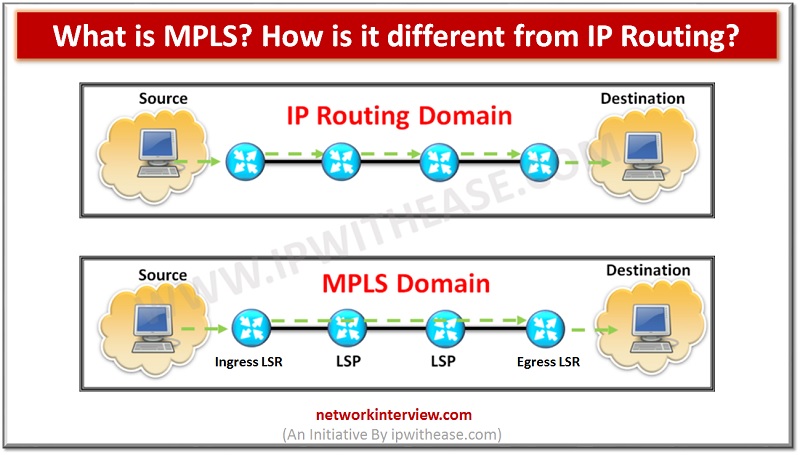 MPLS i.e. Multi Protocol Label Switching (MPLS). It is a technique that is used for the routing of network packets. It is called a  Multiprotocol as it supports multiple protocols like Internet Protocol (IP), Asynchronous Transport Mode (ATM) and Frame Relay protocols. Moreover, in MPLS technique the network packet forwarding is done based on the label present on the packet, that’s why it is called Label Switching. 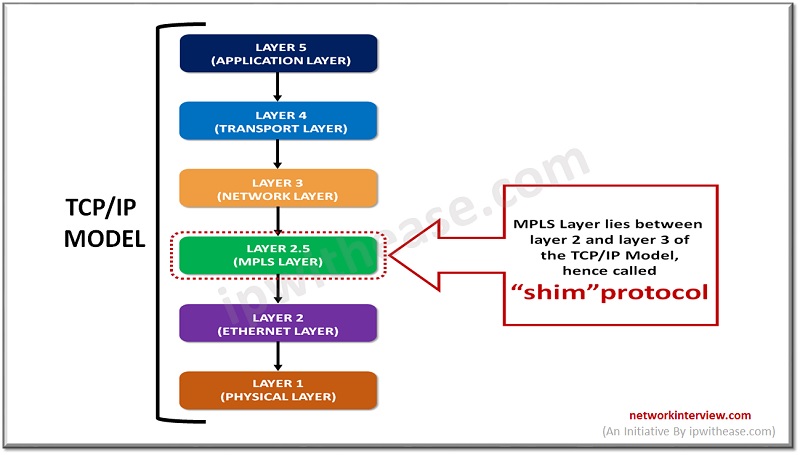 As we know that there are 5 layers of TCP/IP Model. The MPLS layer lies between the layer 2 i.e. the Ethernet layer and the layer 3 i.e. Network layer of the TCP/IP model. So, in other words, it shims(fill up the space) between two layers and hence also known as the “shim” protocol. 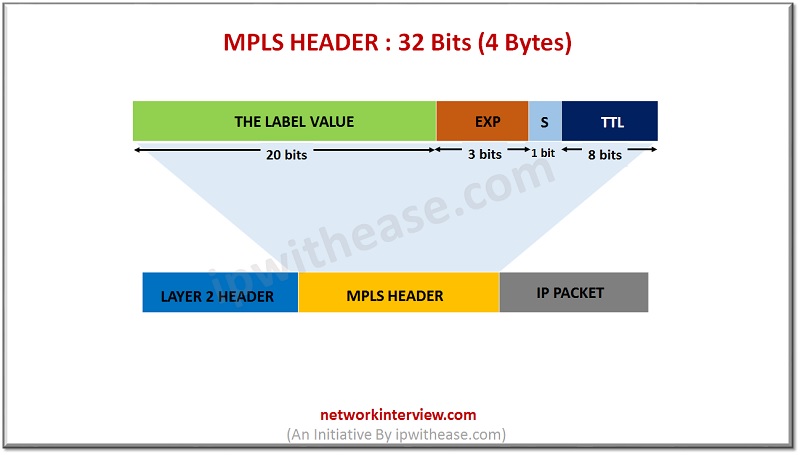 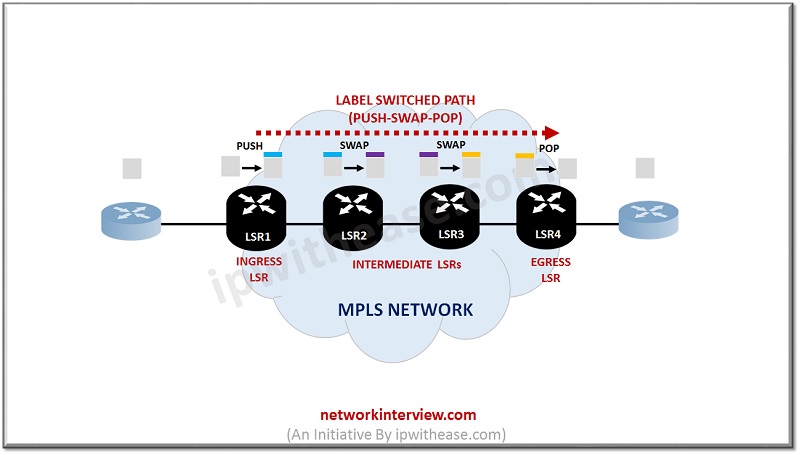 The MPLS Network consists of LSR i.e. Label Switch Routers. These are named so as they are capable of understanding the MPLS labels. There are 3 types of LSR –

MPLS Forwarding & how is it different from IP Routing

So after understanding the basics of MPLS Network, we can sum up the process of MPLS forwarding easily.

In MPLS forwarding, the Ingress router present at the beginning of the MPLS network pushes a label on the incoming network packet. This label specifies a particular path that the network packet has to follow i.e the Label Switched Path. Each LSR contains Label Forwarding Information Base(LFIB)which base guides the LSR to swap the label with its corresponding outgoing label. This allows the packet to transmit through the network. The Egress router present at the end of the LSP, pops the label of the packet and it is then moved forward as normal IP packet.

In contrast to MPLS forwarding, in IP routing each network packet contains a source IP address and a destination IP address and is passed through several routers in between through hop-by-hop mechanism. Each router contains the routing table that provides information to the next hop till it finally reaches the destination.

The detailed comparison between the two can be studied through the below given comparison table. (Credit:ipwithease.com)

If you want to learn more about MPLS, then check our e-book on MPLS Interview Questions and Answers in easy to understand PDF Format explained with relevant Diagrams (where required) for better ease of understanding. 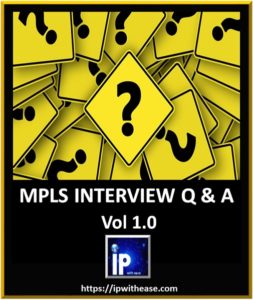